Destiny 2 is all about chasing the latest and greatest loot. And for that reason, you can expect new weapons and armor to launch with every new Season and DLC.

This guide will help you keep track of all the new shiny loot and will focus on the most sought-after items in the entire game: Exotics.

If you’re interested in Exotics that are slightly older, our Exotics Tier list covers every single Exotic weapon available in Destiny 2

These are all the new Exotic weapons released with The Witch Queen DLC and Season 16 on February 22, 2022:

With the Witch Queen, a grand total of 7 catalysts were introduced to the game. 2 of them are brand new (Grand Ouverture’s and Dark Messenger’s) and the remaining 5 are older Catalysts that were removed and put into the Destiny Content Vault:

If you’re interested in more catalysts, this list features every Exotic Catalyst available in Destiny 2 (and tells you how to find them, unlock them, and what they do).

Every new season comes, in general, with a new piece of Exotic armor for each class. Full expansions tend to include 2 pieces of armor per class and that was exactly the case with The Witch Queen release.

This section covers every piece of new Exotic armor released with The Witch Queen and Season 16 (the beginning of Year 5 of Destiny 2). Be aware that, unlike older Exotics, these can only be acquired when completing Legend and Master Lost Sectors solo.

How to get the new Exotics in Destiny 2

There are several ways to find Exotic weapons in Destiny 2. Some can be indefinitely farmed while others are capped per season. This guide covers every single method to acquire Exotics in Destiny 2, old and new.

When it comes to finding the new Exotics, though, the methods to acquire them are much more limited, but at least they are direct and straightforward:

Quest Exotics: The most iconic exotics are often tied to Exotic quests of varying degrees of difficulty and length. Exotic quests are, for the most part, long and complicated, each deserving a good tutorial.

To get you started, you can head over to our comprehensive guide featuring every Destiny 2 exotic quest still available (including video guides).

2. Buying Exotics at The Monument to Lost Lights

You can read all about it in our Monument to Lost Lights guide, including the cost to acquire each Exotic and a complete tier list to help you decide what to get next. 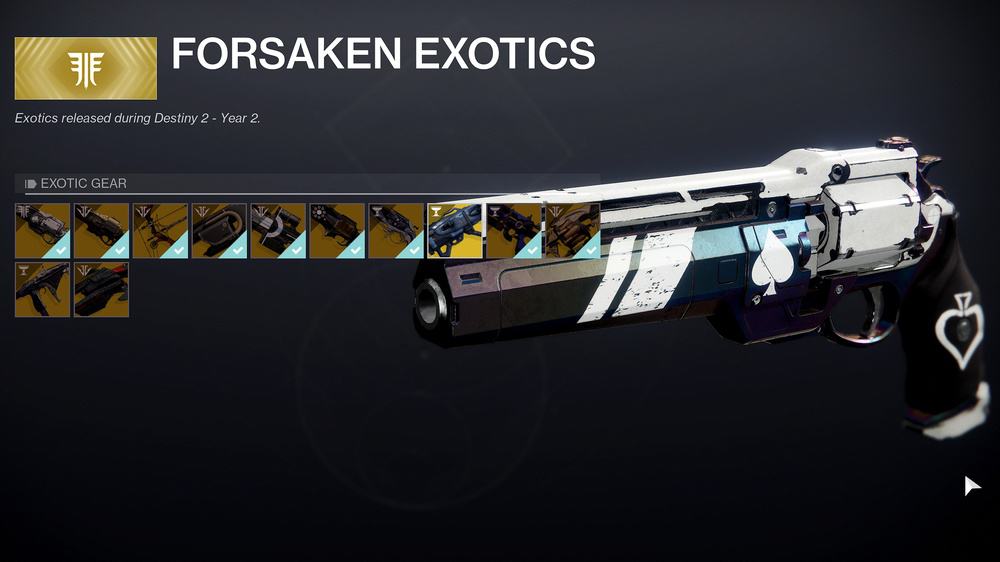 The Monument to Lost Lights

3. Claiming Exotics from the Season Pass

The easier Exotics available to you can be found in the Season Pass. Both the Paid and Free tracks of the Season Pass offer a handful of Exotic engrams. All you need do is earn the XP to unlock them before the season is over. 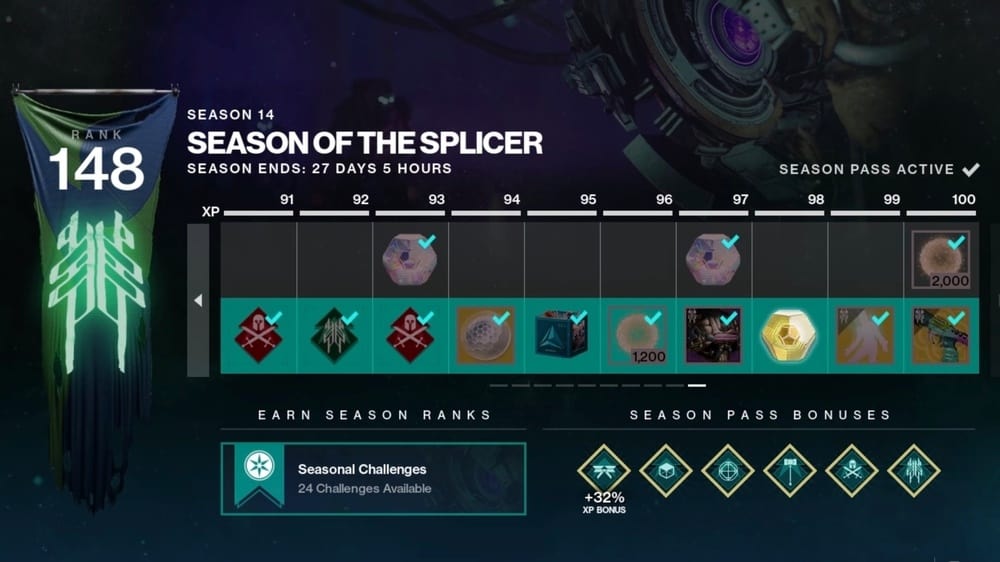 You can visit this guide for a detailed look at every loot table in the game, including raids, dungeons, Trials of Osiris and more.

You now know everything there is to know about the latest and greatest Exotics in the game and how to best find them. We will keep these lists updated with every new Season and DLC so make sure you bookmark this page!