Raids are special because there isn’t anything else like it in Destiny 2. A group of players has to complete a common goal and that feeling when defeating a final boss for the first time is the best.  If you’re a beginner, you just need to know that raids are THE endgame.

And on top of releasing one new raid and one returning raid each year, Bungie just added a Raid weekly rotation, to spice things up.

In this guide, we cover and rank all raids currently available in Destiny 2, their weekly rotation, and more.

Season of the Haunted (S17) introduced a Raid and Dungeon rotation. Every week, a different raid and dungeon are part of the weekly rotation, which means they become fully farmable, on top of also offering a Pinnacle reward each.

This page covers the weekly Raid and dungeon rotation in depth.

PS: The week’s featured raid kicks off on Tuesdays at 10 am PDT

There’s a reason why weekly raids were such a popular request. While they can certainly be fun and challenging, most Guardians run the weekly raid for a chance to earn exclusive weapons and Powerful and Pinnacle rewards.

These are the raid weapons available this week:

These are the Destiny 2 raids still available today:

It’s worth mentioning that raids were perhaps the biggest victims of the Destiny Content Vault. As of today, 5 raids (including raid lairs) have been removed from the game and put into the DCV

In this post, we rank each raid in a variety of categories: 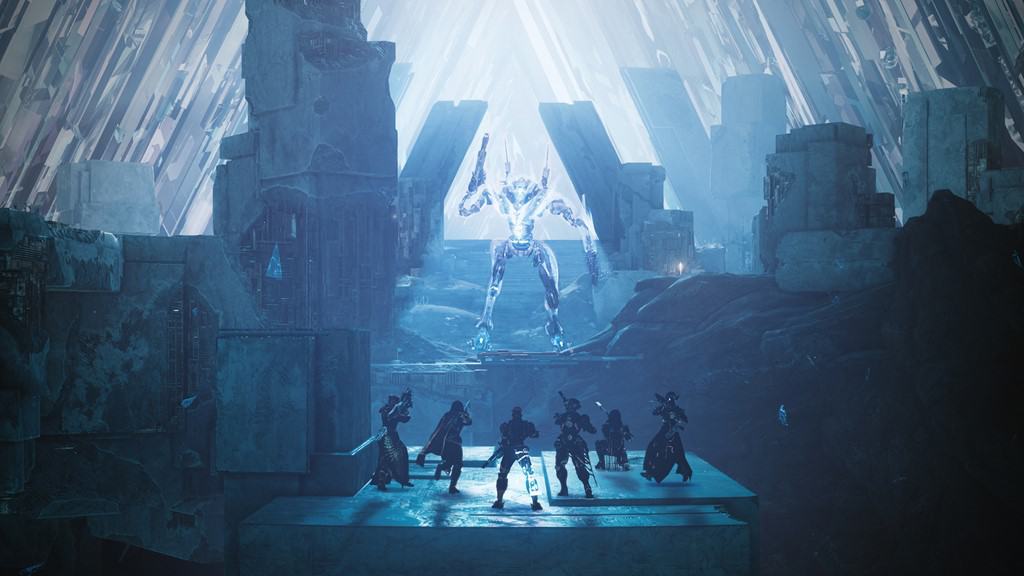 Vault of Glass (VoG) is the first reprised raid from Destiny 1. It was originally released in September 2016 while its reprised version in Destiny 2 was released in May of 2021. The reprised raid brought back some fan-favorite weapons, as well as some new changes to the raid itself since the Destiny 2 sandbox is fundamentally different than it was in Destiny 1. The raid has 5 encounters and a maze to navigate between encounters 3 and 4.

The mechanics of VoG are straightforward, and there is only one single relic in the entire raid called the Aegis, which is used for cleansing debuffs and removing bosses’ shields. The majority of the raid is spent killing rank and file enemies or mini-bosses such as Wyverns.

The Vault of Glass’ visuals are stunning. Especially the final boss area, The Glass Throne. It feels as though you are descending deeper beneath Venus with each encounter, and once you see the Glass Throne for the first time it takes your breath away.

The loot from Vault of Glass is good, especially the adept weapons from Master mode. On Master mode, each weapon has enhanced stats, as well as having 2 perks in each column. One of the rows is always the “curated” or D1 roll, while the other is random. Fatebringer is a very sought-after weapon as it can have explosive payload and firefly which is a GOD tier perk combo. 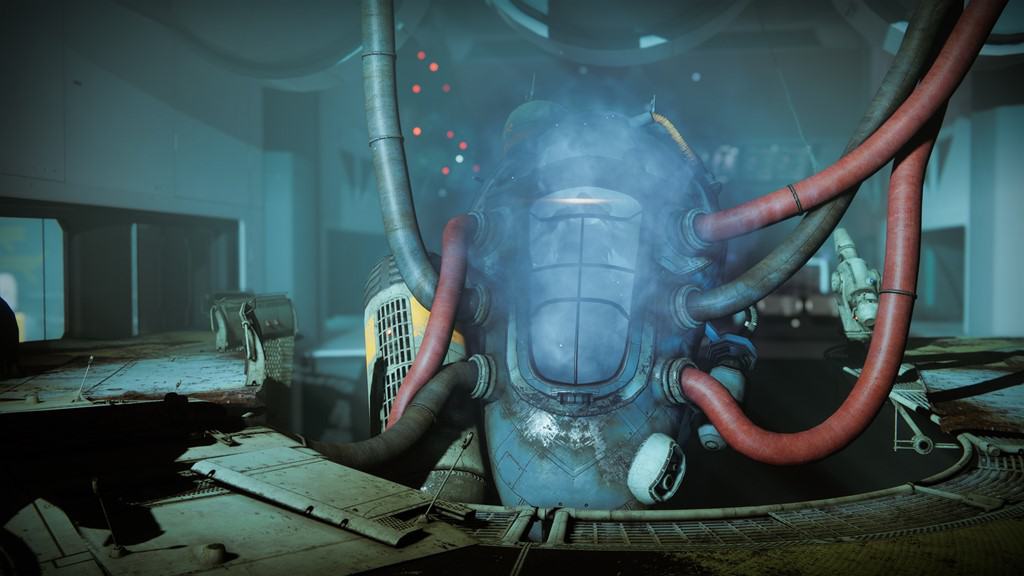 “The chains of legacy must be broken.”

Deep Stone Crypt (DSC) came out in November 2020 and is located on the Ice Moon of Europa. With 4 Encounters, this raid is a nice introduction to raiding, as the mechanics are simple, and the loot is good regardless of if you are a PvE or PvP player.

The Mechanics are fairly straightforward: With only 3 people having a job (Scanner, Suppressor, Operator) at a time, the rest of the team can be on ad-clear duty.

The visuals are good, as the Deep Stone Crypt’s aesthetic is clean and futuristic, and the jumping puzzle between the second and third encounter is jaw-dropping.

This raid is unique in that we are going to the Deep Stone Crypt (a place mentioned in the lore as the birthplace of the Exos), and the 3rd encounter is very hectic but a fun type of hectic.

The Loot of the raid is well sought after, as the weapons can roll with specific perks that can only be found are on DSC weapons, such as Reconstruction and Redirection, which are still sought after to this day (I still have yet to get a Vorpal Reconstruction Succession Sniper and I have done this raid over 50 times). This raid also introduced Spoils of Conquest and an end chest where you can use them to buy specific weapons or armor for different rolls. 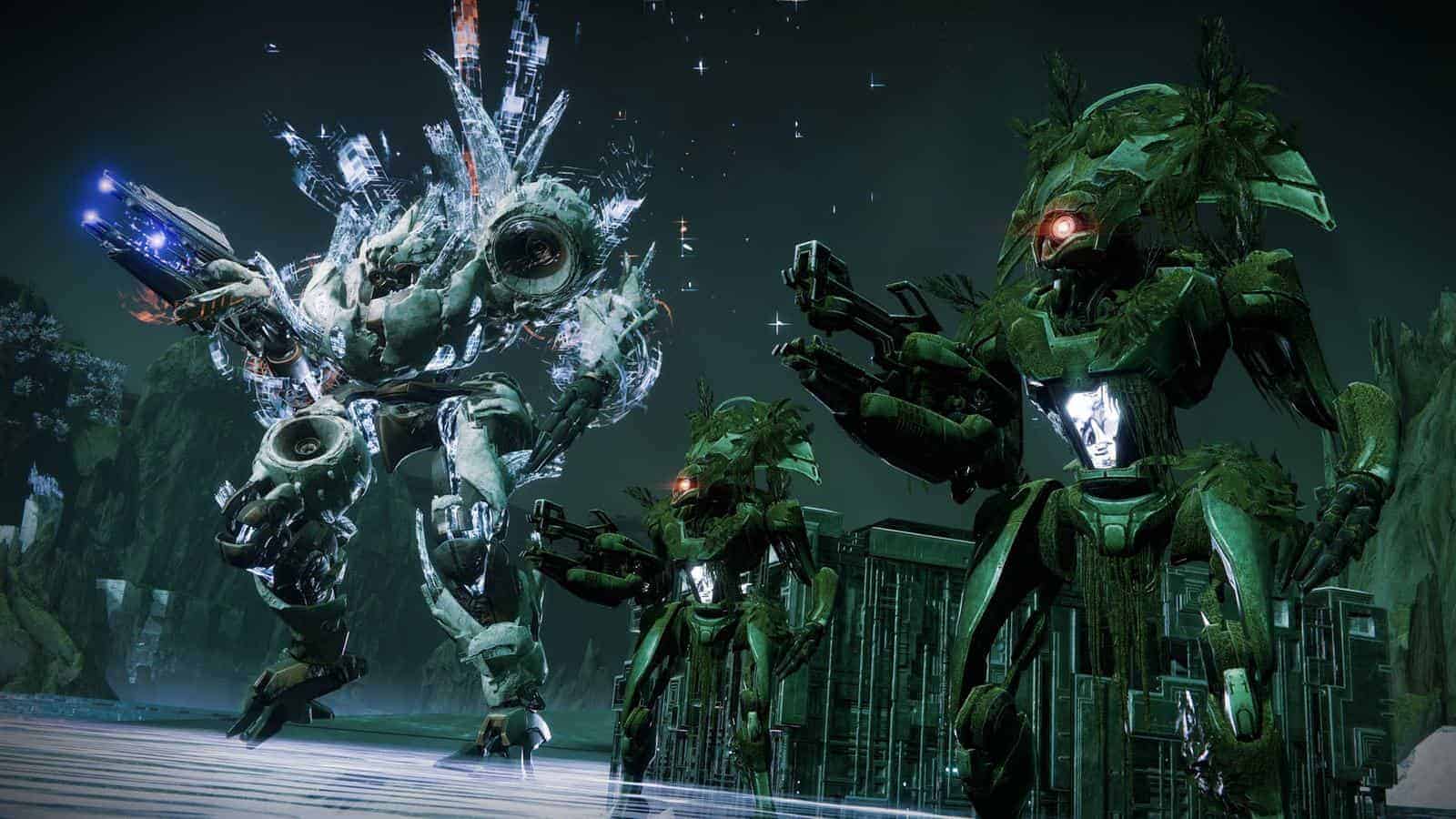 “The Garden calls out to you.”

Garden of Salvation was released with Shadowkeep in November of 2019. Starting on the Moon, the raid takes you into the Black Garden, a place of beauty and life, guarded by the Sol Divisitive, a fanatical group of Vex that worships the darkness. This raid has 4 encounters and a jumping puzzle between the 3rd and 4th encounters.

The mechanics of the raid are somewhat complex and require teamwork. The ‘tether’ mechanic is cumbersome at times (especially for newer players), but with enough practice, it can be mastered. Each encounter builds upon the tether mechanic, adding a buff called enlightened, and eventually adding motes and deposit locations. But with a well-coordinated team, the mechanics aren’t too difficult.

The Black Garden is a beautiful place (I wish it was a patrol area) that we don’t visit enough in Destiny. The lush garden and red flowers juxtaposed with the Vex make for a stunning raid.

This raid is memorable as the bosses are very unique and the encounters are fresh. However, due to the complexity of the mechanics (mainly how annoying the tether mechanic is), being memorable isn’t necessarily an advantage. 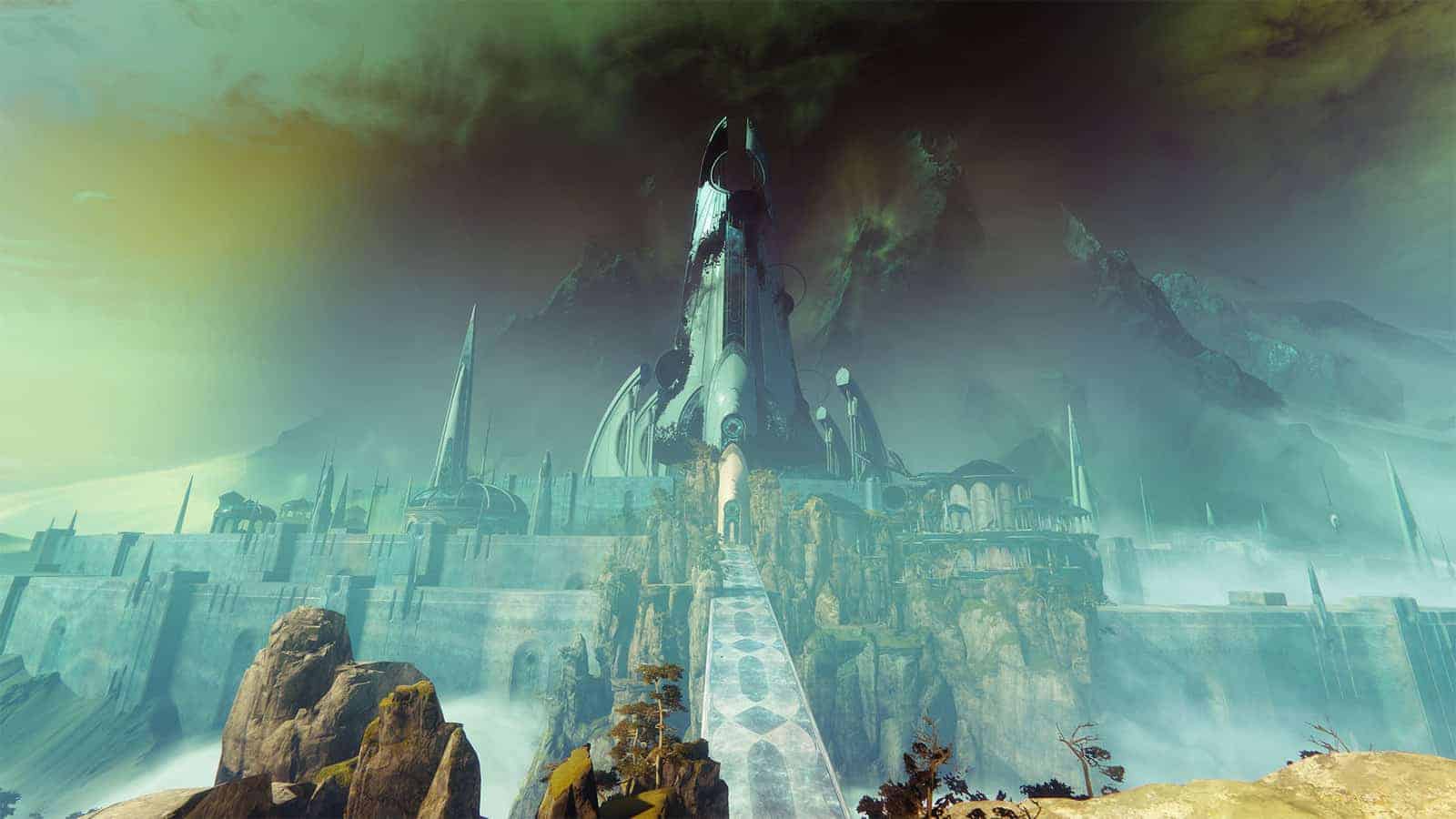 “The opportunity of a lifetime.”

Last Wish was released with Forsaken in September of 2018. This raid takes us into the heart of the Dreaming City to slay Riven of a Thousand Voices, the last known Ahamkara (A space wish dragon). The longest raid in Destiny 2 with 6 encounters, this raid also features fantastic scenery. This raid introduced the Wish Wall where players can skip to specific encounters which is a nice addition to those just chasing the raid exotic, One Thousand Voices.

The Mechanics of the raid is simply memorizing 16 different symbols, the use of a taken relic, and a debuff called taken strength. The symbols are introduced in different ways throughout each encounter, with the slaying of Riven using all 16 symbols plus the taken relic in groups of three.

The Dreaming City is by far one of the best destinations in Destiny. The lore, secrets, and almost ethereal look to the awoken stronghold make it a place to constantly explore. Each encounter has players climb closer to the watchtower, with them finally slaying the dragon and delivering its heart to the witches (sounds like something out of a fantasy novel!)

This raid is very memorable, as the music and encounters are different enough (but still add more complexity) to make the raid enjoyable. The raid’s length is long, with 6 encounters, but if you have a well-dedicated team you can beat it in a little over an hour. 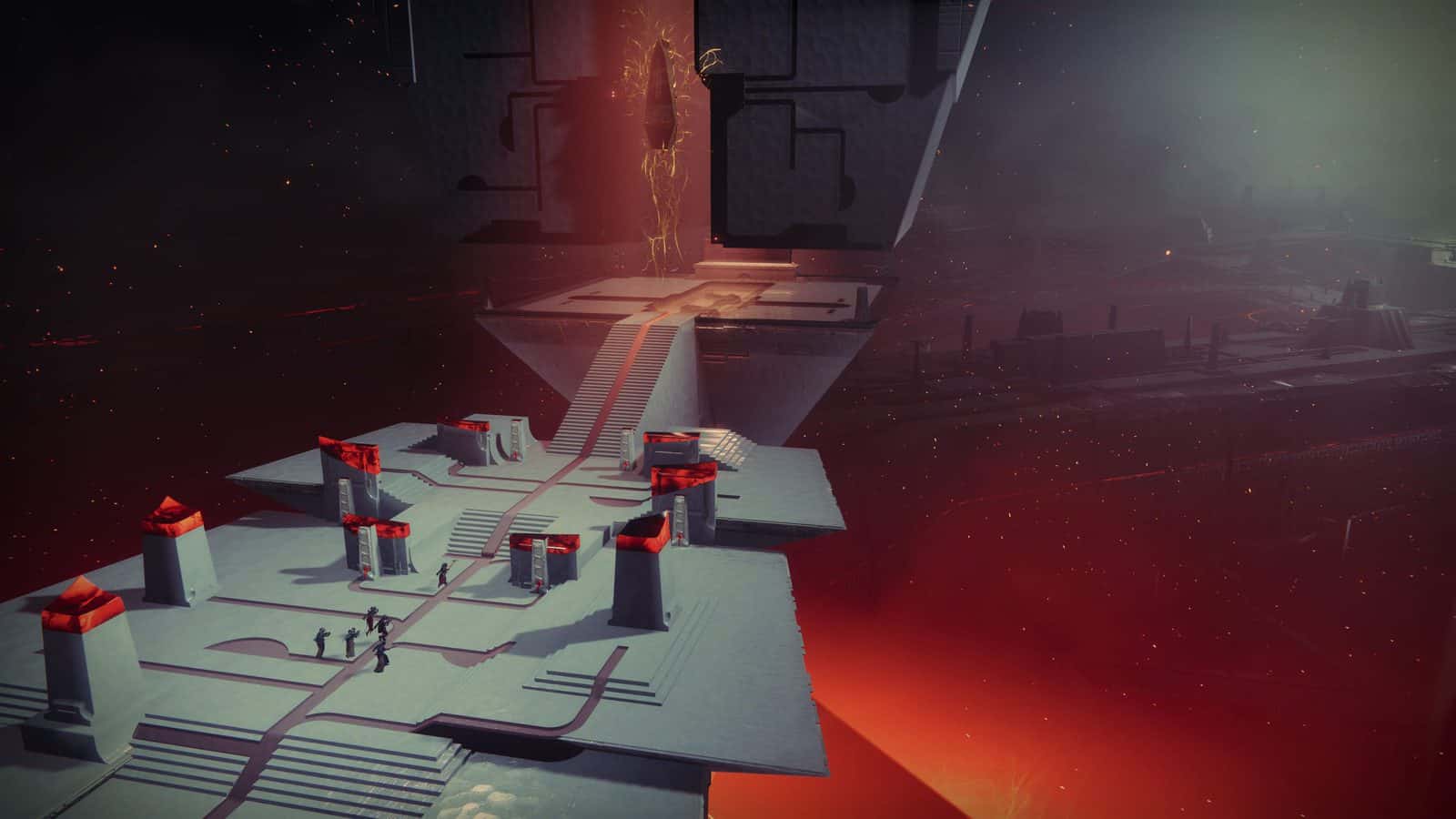 Vow of the Disciple

Vow of the Disciple was released alongside Witch Queen in March of 2022., Vow of the Disciple takes players inside the sunken pyramid in Savathun’s throne world. This raid only has 4 encounters, but is still mechanic-heavy and very memorable, with some of the best loot with the introduction to weapon crafting.

The visuals alone for the raid are jaw-dropping. The pyramid aesthetic is beautiful, and I could stare at the skybox for hours.

This raid was very memorable for me, as it was the first raid my team beat on contest mode. But the run and gun feel of the third encounter as well as the final boss being so different from previous bosses that just sat there, Rhulk moves and dodges and attacks. It feels like a proper MMO boss.

With the introduction of weapon crafting, this raid has some of the best loot. The raid’s origin perk is Souldrinker: the user gets health back based on the number of kills before reloading.  This raid has the first kinetic fusion rifle, as well as a solar legendary glaive. The secondary Grenade launcher is very good, as it can roll chain reaction and is a wave frame GL. With weapon crafting everyone can eventually craft their god roll, which I enjoy.

How to do Raids in Destiny 2?

There are several raids of varying difficulty that you can tackle to get great loot. But how does one do a raid? To help you out getting started, here are some tips from an experienced raid sherpa!

Find the right team: You need 6 people total to do a raid, so either ask your clan, use LFG, or the Bungie app to find fellow players that also want to do the raid of your choosing. Be sure to say that you want to learn how to do the raid or that it’s your first time, so people can explain the mechanics to you if needed.

Learn the basics beforehand: Try and understand the mechanics beforehand. Several awesome YouTubers make quality guides on each of the basic mechanics for each raid. It will make the whole raid go smoother if you have an idea of what to expect.

Bring a variety of weapons: Each raid has at least 2 boss fights (Most have 2 or more) as well as parts where players need to kill lots of enemies. So bring high DPS weapons, such as Gjallarhorn or Izanagi’s Burden, and a variety of Supers, i.e. (1 Well of Radiance, 1 Ward of Dawn, 1 Thundercrash, 2 Mobius Quiver, 1 Nova Bomb)

Remember to have fun! This is seriously the most important part. Raids are supposed to be fun but challenging content you do with friends. There is no better feeling than beating a boss for the first time with your friends and everyone having a good time.

Do the dungeons: Last but not least, it is worth learning to do the dungeons first. They are generally easier and require only 3 players. Prophecy is an excellent entry point and is free-to-play!

Overall, Raids are my favorite part of Destiny. The thrill of beating an encounter and getting the raid loot is some of the best memories I have as a Destiny player. Raids may seem daunting and scary, but with the right team, raids should be fun with people using supers and weapons to kill bosses and get the loot.