Encounters, tips and loot
By Skyknight |

The Prophecy dungeon was a huge surprise when it was suddenly launched last summer. It was beautiful, has cool rewards, and was available to everyone for free!

Unfortunately, it had to be taken away with the launch of Beyond Light due to technical issues to resolve.

But Prophecy is now back! And it’s still the same excellent dungeon, perhaps the best Destiny 2 dungeon to date, filled with great loot and Pinnacle reward to boot.

In this Prophecy guide, we cover all the encounters, tips, tricks, and mechanics to beat one of the best-looking and trippiest places in Destiny 2. So strap in as we take off to the realms of the Nine.

Why should I trust this? This guide comes from guest author Skyknight, a Rivensbane and a sherpa having done multiple runs of many different raids. He’s currently working on his solo Prophecy run, but most importantly, he wants everyone to experience this grand dungeon to the fullest!

Before you get started

Prophecy is now set at 1050 Power Level, which means you can enter it without having to level up at all this Season. Having said that, you should have somewhat decent gear if you want to succeed. Also, leveling up your artifact to unlock Artifact mods can also help.

You can summon your sparrow in every main non-encounter room (Phalanx Echo, Cube Room/Hexahedron, and Kell Echo).

Also, you can skip the first knight room by jumping on the first golden orb and sword swiping up the tunnel to a platform which you can jump from to reach the first encounter (not recommended for first-timers), killing the hobgoblins in the Hexahedron encounter spawns one of the Knight Echos.

I would recommend one of each class, a hunter, a warlock, and a titan. Titans will be on Ward of Dawn, Warlocks on either Nova Bomb trees or Well of Radiance, and Hunters on either Tether tree (top is better).

These of course can be changed to suit your preference as you may prefer a Well of Radiance or a Golden Gun instead. Do what your fireteam likes best and finds the most helpful. And if you don’t have a consistent Fireteam at your disposal, you can find great groups using Discord.

We covered the entire loot table, including both armor sets and every weapon (ranked!) found in Prophecy here: 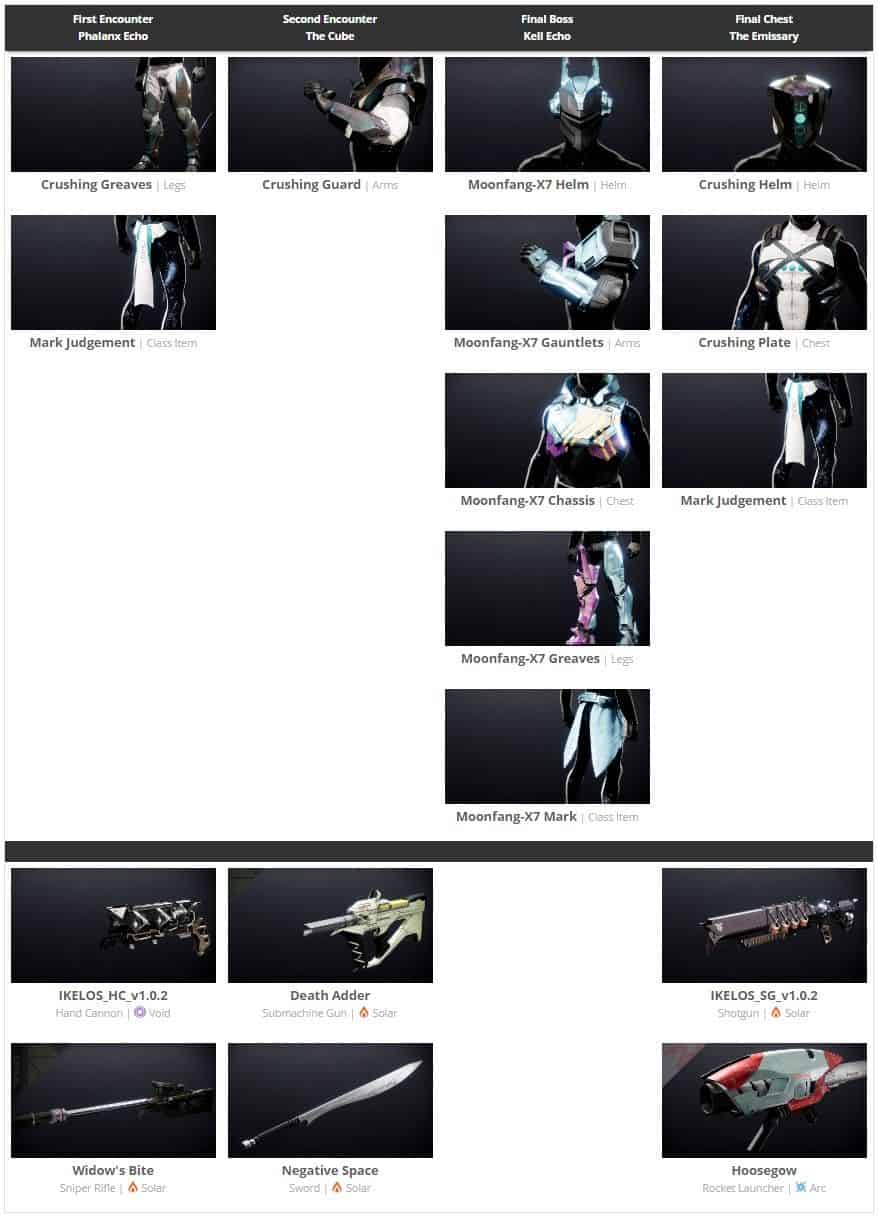 If you’re interested in finding the 12 collectibles hidden within Prophecy, this is a great video to bookmark.

Now, on to the dungeon guide.

In this first room, you are introduced to the main mechanic of this dungeon, Knight Echo’s, and their ability to drop motes. You will notice that sometimes the motes they drop are light, and sometimes they are dark.

You will also see energy pillars showing either light or dark. You need to collect 5 motes of each mote ‘type’ to form a ‘big’ mote which you carry around in 3rd person mode. You then have to go to the respective energy pillar and cleanse it by using your shoot button. 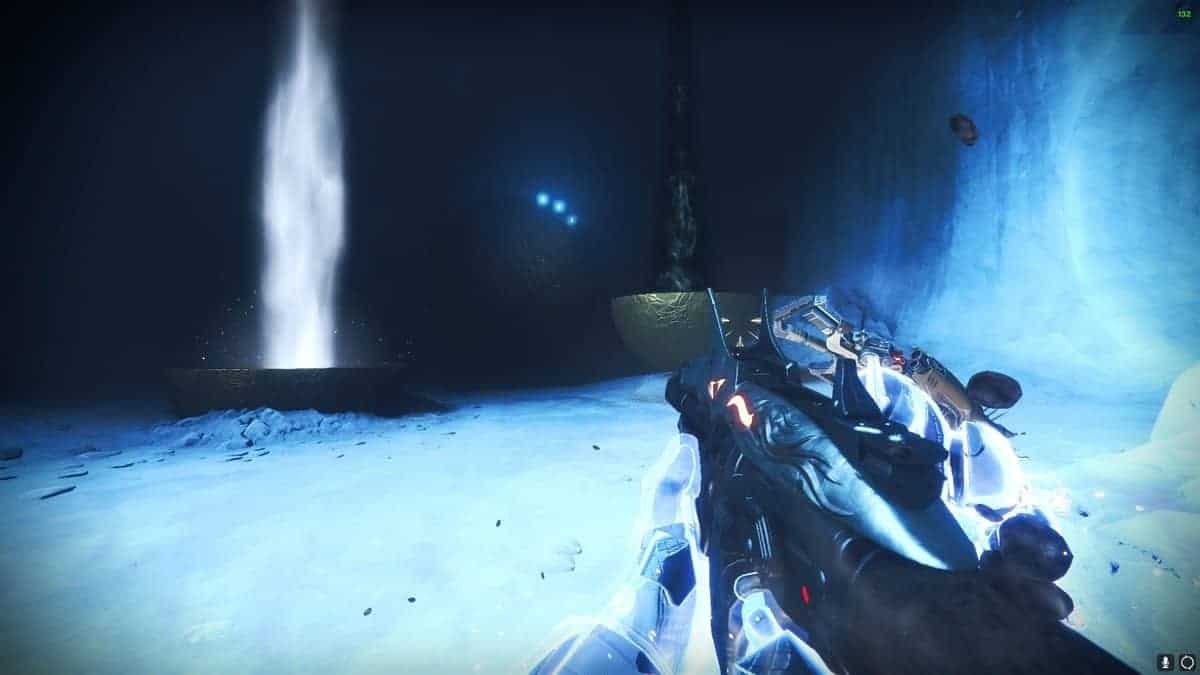 Now, it is necessary to know how to make both types of motes. You may have noticed that in the bottom corners (predominantly) there are wisps of either light or dark. If you kill a knight while the wisps are light, the knight will drop light, if the wisps are dark, he drops dark.

Remember, it is where YOU kill the knight that matters, not where he dies. He can be standing in the light, but drop dark because you are in the dark. A quick way to tell if you are in the light or dark is by looking to see if you are standing in a dark area of the arena or a lighter area of the arena, however, it can sometimes be inconsistent so always double-check.

There are two rooms where you have to do this. Make sure you get a full understanding of the main mechanic as it is part of every encounter in this dungeon.

Think of the dungeon as a 3 man raid. The tether box in Garden of Salvation is ever-present, so are the Crystals in Crown of Sorrow and the Ball Dunking in Scourge of the Past. Prophecy follows this style.

Once you have made it past the first two knight rooms, you will jump up and see a floating golden island. Here is where you will confront the Phalanx Echo.

You will notice 4 pillars of energy on 4 different pillars, two higher up, and two lower down. Normally, it is two light pillars and two dark pillars, however, it can sometimes be a 3/1 ratio. 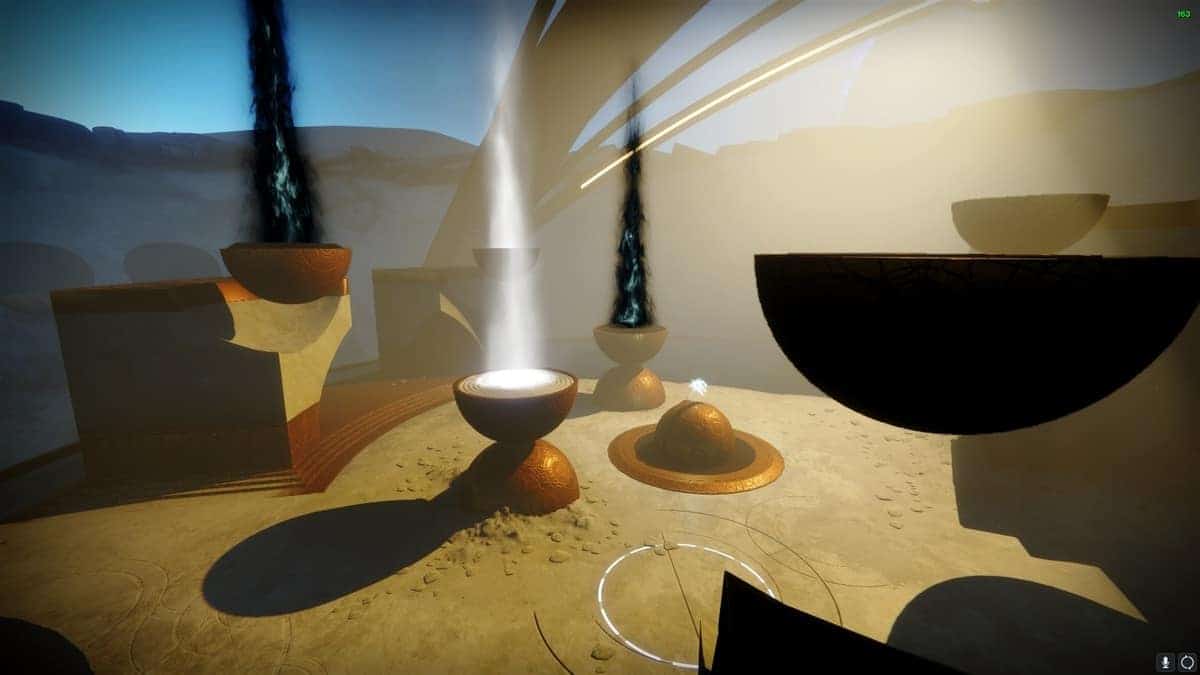 Rally up and run to the circular box that Toland is hovering over to begin the encounter. The boss will spawn before you and so will lots of ads. Take care of the adds as fast as possible and then begin working on the knights.

Remember, standing in the light gives you light motes, and standing in shadow gives you dark motes. Kill the knights that spawn and hopefully you have coordinated to create either light motes or dark motes and have had someone reach 5 total motes to cleanse a pillar.

Once all knights have been killed, another 3 will take their place. Acolytes will also spawn in sometimes so be ready. Repeat the previous process of clearing adds, then knights, and then banking motes.

Once you have cleansed the last energy pillar, it is time for DPS. The best strategy is to drop a Well of Radiance or a Ward of Dawn right at his feet and start slashing him with swords. If you have a Nova Bomb, use this and then start swording him. This boss dies rather quickly and if you are all slicing him, he should die within approximately 10-15s if you are all of the correct light level.

Recommended weapons: Major clearer weapons such as a shotgun, or a sniper, a good add clear weapon such Riskrunner, and a sword.

The king of DPS right now is The Lament, followed closely by Falling Guillotine, so this is the best weapon to use on him. A good loadout that doesn’t require much is Witherhoard, any primary weapon, and Falling Guillotine.

Once you have slain the Phalanx Echo, a chest will spawn and the orb in the middle will lift up and you will all be pulled down into the Wasteland. This area is MASSIVE, so take time to explore and look around if you would like, but let’s get to what you have to do (you can also summon your sparrow here). 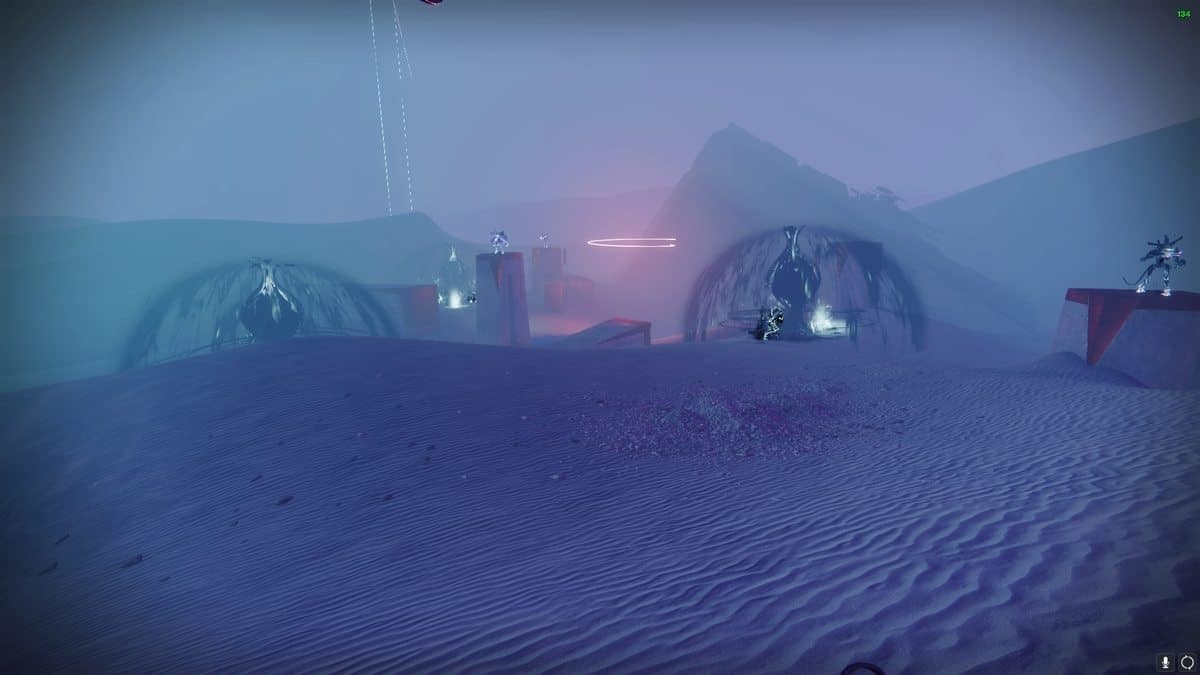 You can generally ignore the big Minotaurs as they only pose a mild threat if you are on the correct light level and you don’t need to kill them as they don’t progress the encounter.

Dotted around the Wasteland, you’ll find what I like to call ‘camps’. At one of the camps, there will be 3 taken blights. Go to this camp and destroy the blights. Once all blights are gone, you will see Toland floating in the area and you need to go up to him so he flies away again. Look for more taken blights at different camps.

Repeat this process until you see in the bottom left that ‘The way is open…’. If you for some reason don’t see this due to some setting, you need to clear out 3 camps before leaving the Wasteland. 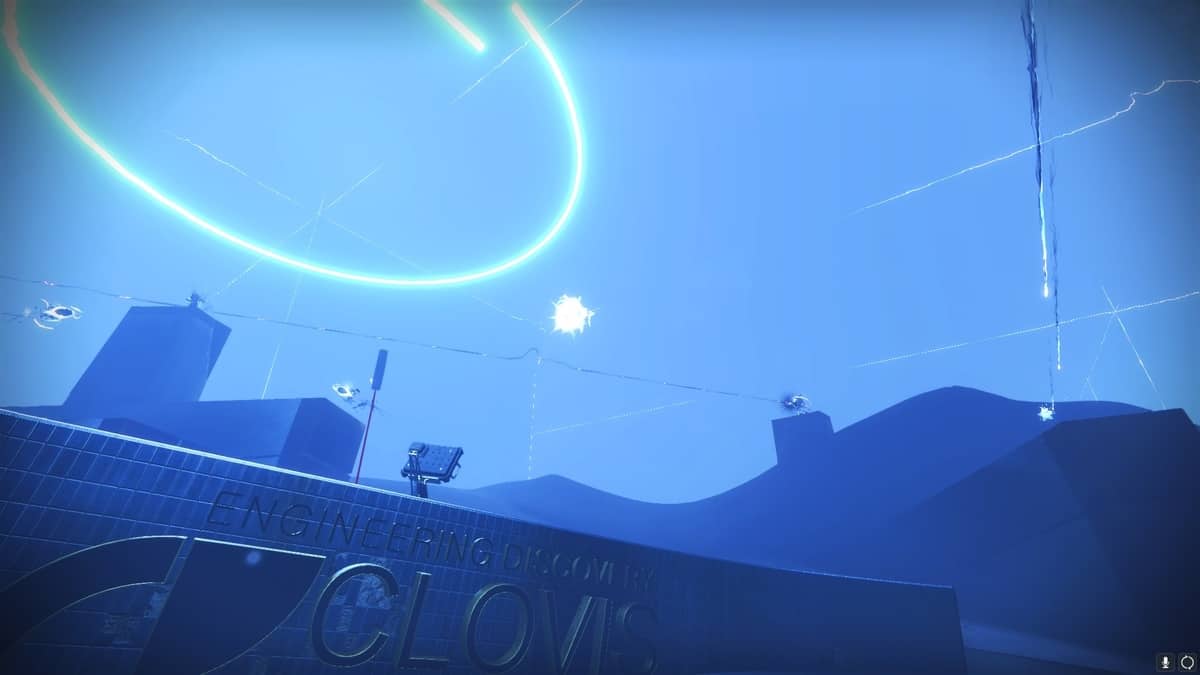 You may have noticed 3 cube structures off in the distance. Once the way has been opened, you are going to find the cube structure that Toland is hovering outside of and head through the cube. Keep going in a straight line and you will find yourself at the Hexahedron Encounter.

Once you have rallied up, you are going to stand on the plate in front of you where Toland is hovering to start the encounter. Each side of the room has a plate on it and Toland will be hovering beside one. Beneath each plate, there is a pillar of energy. You need to cleanse the pillar that Toland is hovering by. 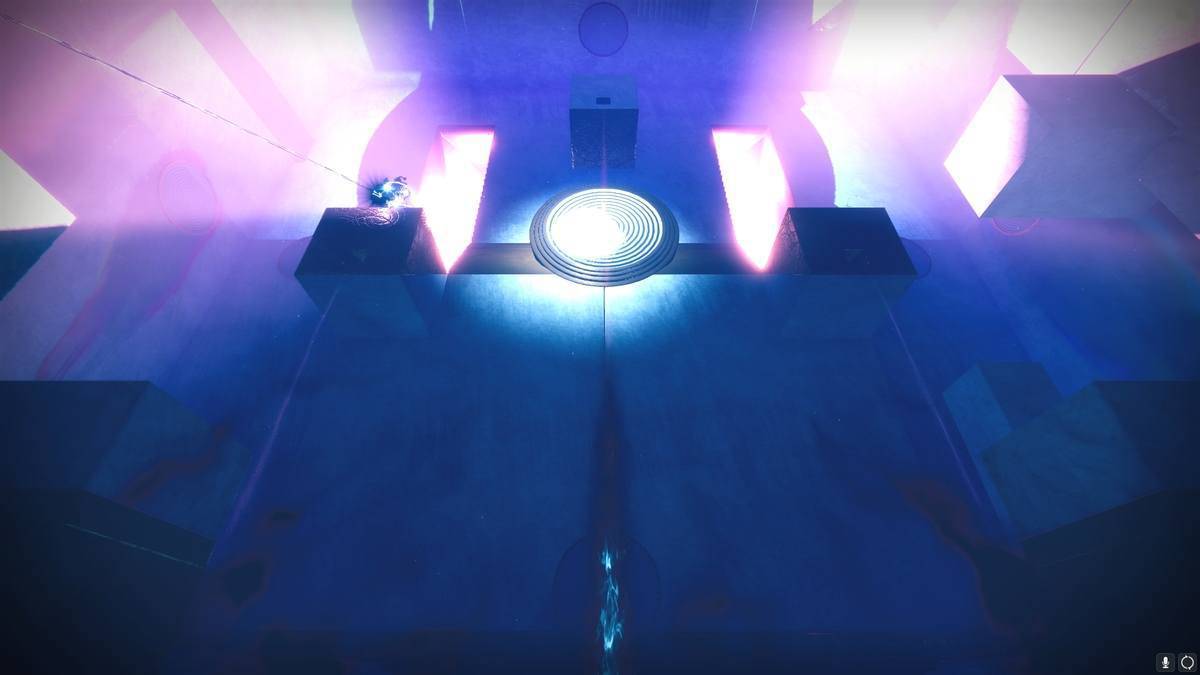 There is a chance that sometimes Toland will appear on the ceiling plate. If this happens, you need to rotate the room twice, once to put Toland on a wall and again to progress the encounter. Eventually, two Centurion Echos will spawn in. Don’t worry, these guys are pushovers. Kill these two centurions to finish the encounter.

This encounter seems complex, but it is really simple, it is just the same mechanic over and over. Look for Toland, cleanse the energy pillar beneath Toland, go to the middle plate, float up and repeat. 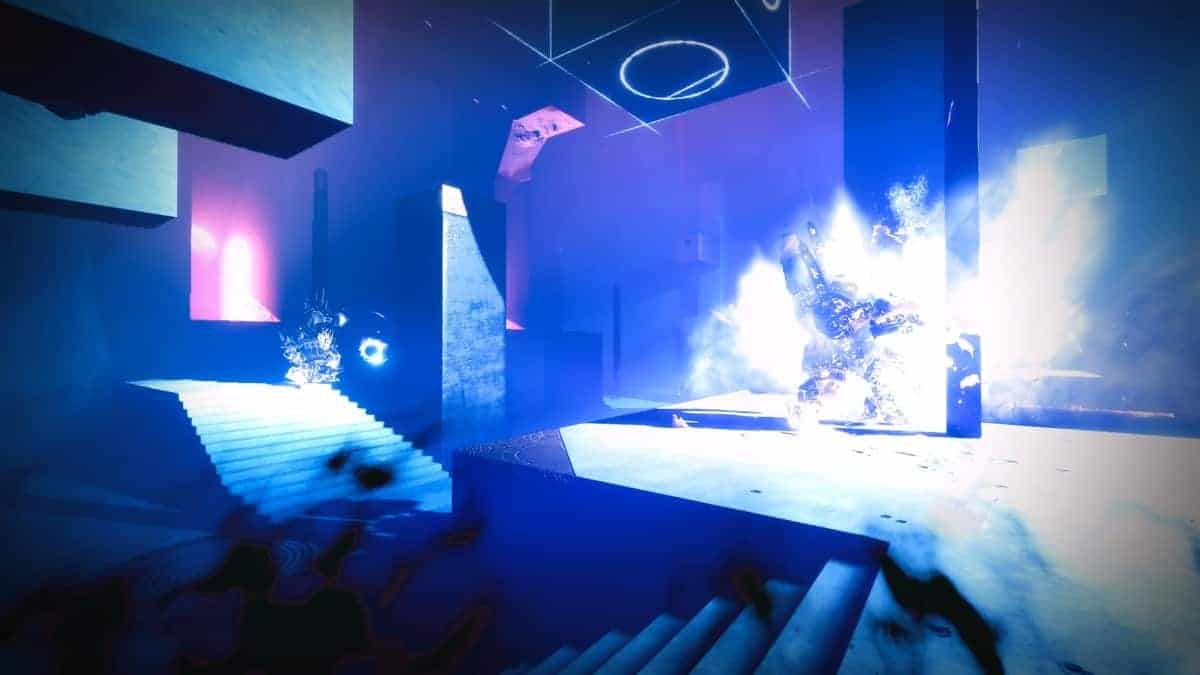 Recommended Weapons: Once again, a similar loadout is recommended: A major clearer, an add clear weapon and a big damage Heavy weapon.

Once you finish the Hexahedron encounter, you will notice that the door to the encounter has opened above the chest, jump back through once you get your loot and run through.

Jump onto the ribbons and hop on your sparrow and follow the ribbons. They will twist at some points, but there will either be another ribbon to jump on or a platform to jump on. 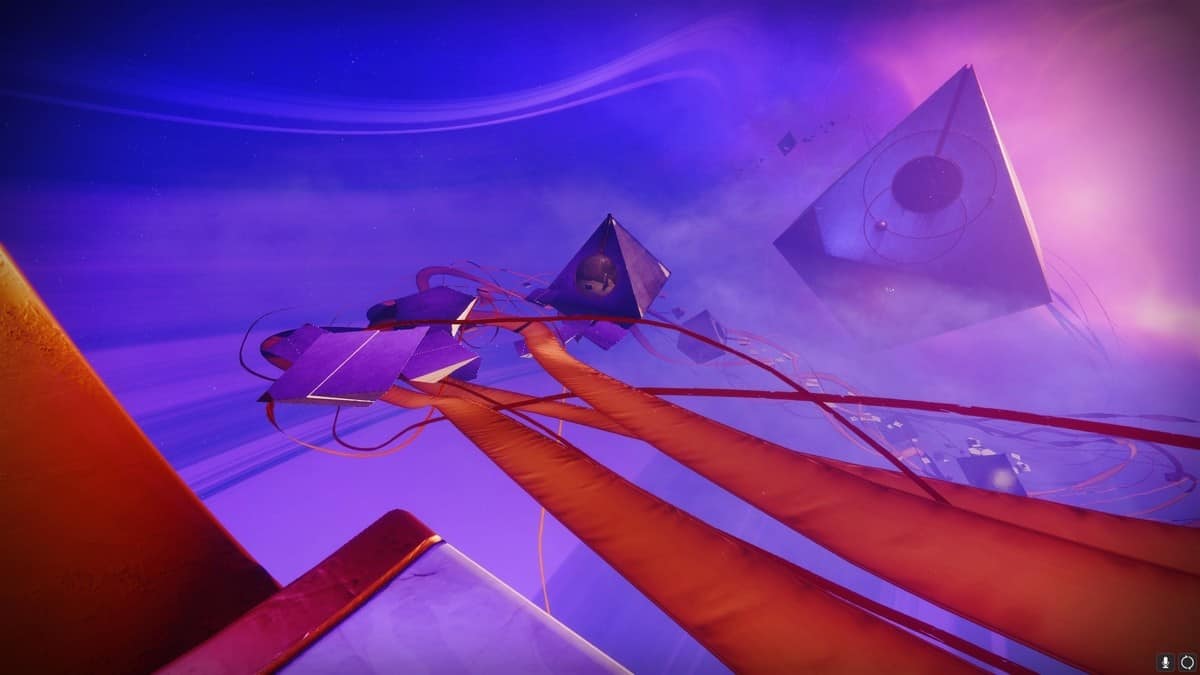 You will eventually reach the bottom island and you will be sucked up into the next room where you will go up the stairs and be greeted by tons of thrall. You can kill these if you want, but you can quite easily run past them. Keep going and the door to the final encounter will open before you.

Once you enter the room, Toland will be floating in the center, to start the encounter, walk up to him. You will see that at each corner of the room there is a big hole in the wall. A copy of the boss will spawn in each of these. In front of each of these holes, there is a pillar of energy that needs to be cleansed.

Once you cleanse a pillar, the boss will go away and an Ogre will spawn in that you can kill. Kill the Ogre and move onto other energy pillars. 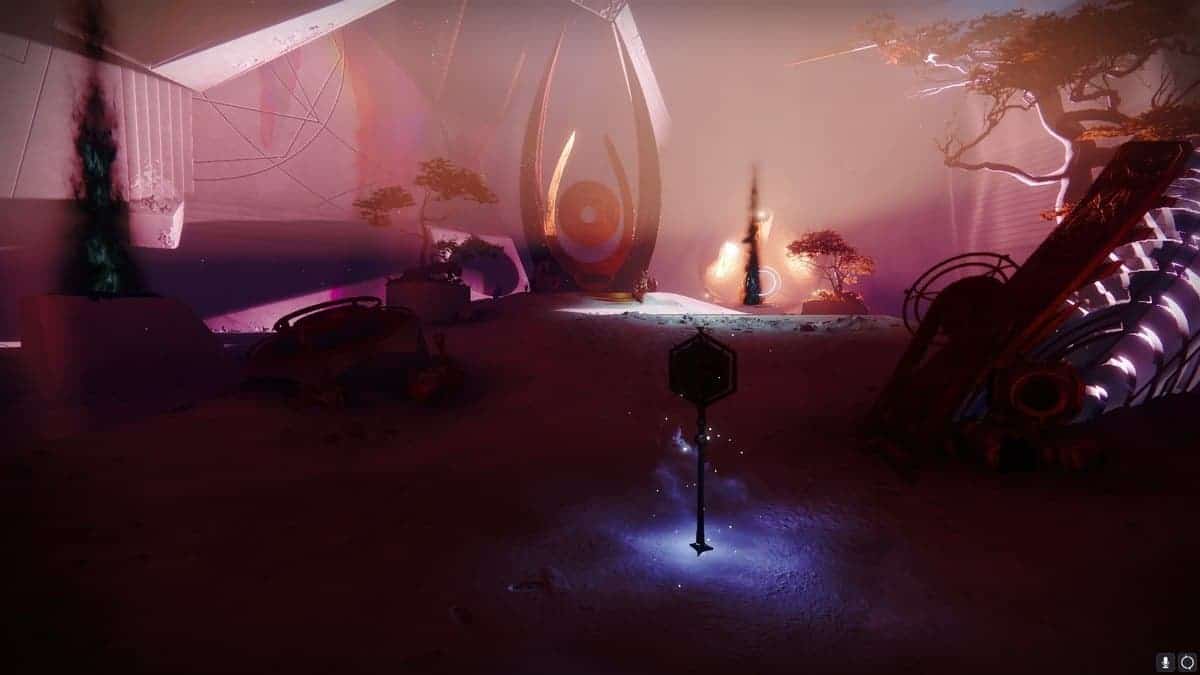 Once all 3 energy pillars have been cleansed, the boss will fly down through the middle. All of you need to go to the middle and stand in the purple light. You will be pulled downwards and enter the DPS room.

This room consists of many different platforms that the boss will teleport to. You can damage her constantly when you and she are in this room to the point where she goes away. Your main places for damage are right at the start and right at the end. The final DPS phase is when she stands on the final platform with the two sets of stairs.

To make the boss stay on a plate for longer, you need to deal consistent damage. She will eventually teleport away but by dealing consistent damage, you stagger her, giving you time for more damage overall.

If you aren’t able to get the one phase kill, don’t worry. Go up the stairs on the final platform and into the purple light again and you will sink down into another room. Repeat the first steps of cleansing each energy pillar, killing the ogres, and following the boss down the middle.

There are a few strategies for DPS on the boss. If you have a titan with Bubble. You can sword the boss if the titan manages to place the bubble at the boss’ feet then you can sword him. If you don’t want to sword him or don’t have a titan, then a more ranged approach is your friend. Typical DPS weapons are good here like Anarchy, Wendigo, Izanagi’s, etc.

Unlike any other raid or dungeon before it, you can return to Prophecy several times on the same week to farm for loot. You won’t be able to find anything “new”, but you’ll be able to get different rolls on the items earned during the first run of that week.