Considered second-tier for too long, Trace rifles are making a comeback.

First of all, they finally received dedicated ammo scavenger and ammo finder mods. This greatly improved their ammo economy and DPS potential. On top of that, the most recent additions have been stellar, namely Ager’s Scepter, which many consider one of the best weapons in the game.

This guide covers every Trace rifle in Destiny 2, including both Exotic and Legendary Traces, as well as the best rolls for PVE and PVP.

The Tier list below includes every Exotic and non-sunset legendary Trace rifle in the game. It starts with the S Tier weapons and moves down from there. It also covers both PVE and PVP, with the “Excels in” column clearly identifying in what area each weapon shines:

This section not only covers the top Trace rifles currently in the game, it also tells you where you can find them. This guide covers every weapon source in Destiny 2 and most of the sources below are self-explanatory, but in doubt, you can always leave a comment below or ask away on our Discord server.

Overall, these are our Top 5 favorite Trace Rifles for PVE and PVP. 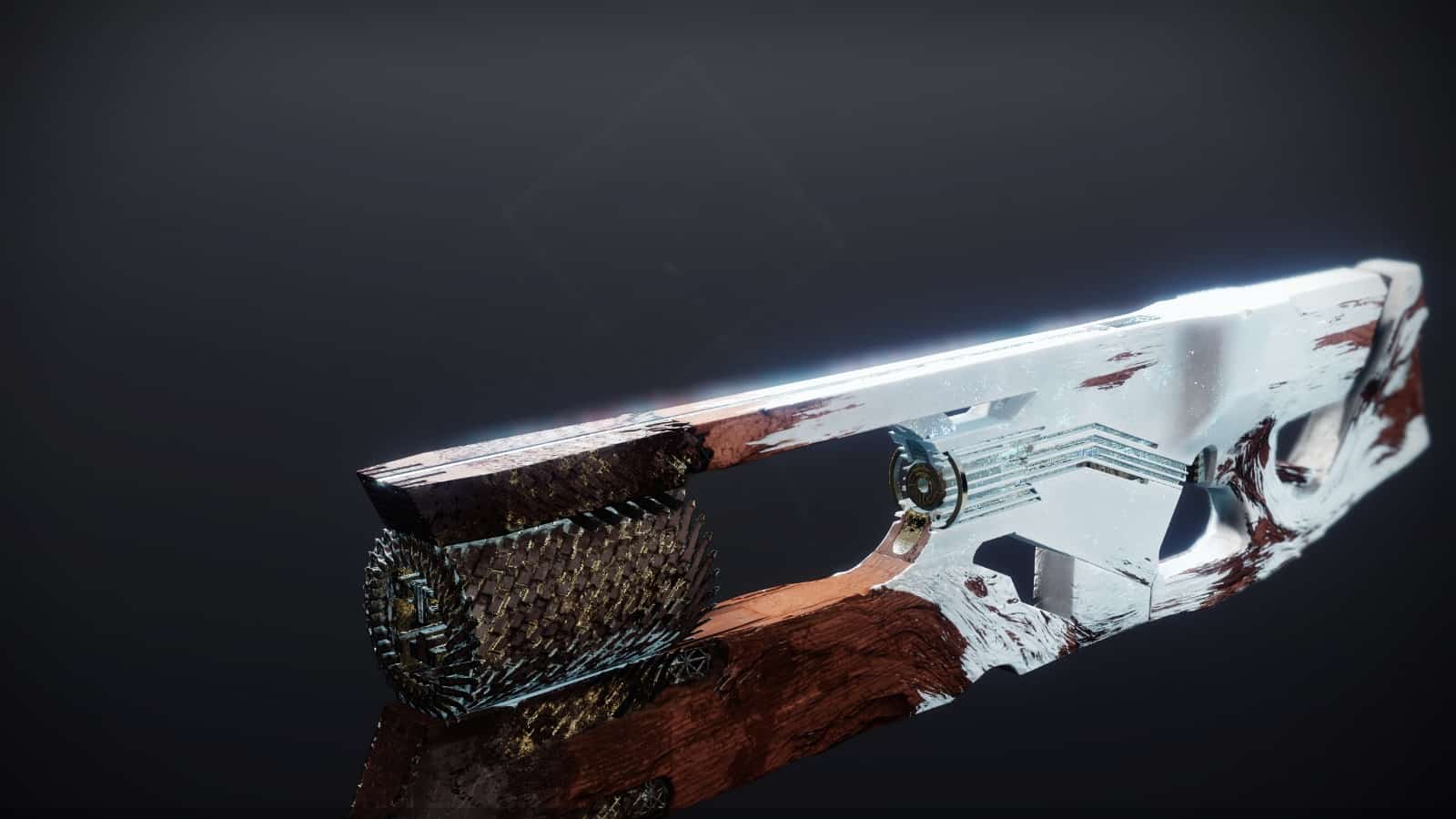 Ruinous Effigy was celebrated as the most unique and fun weapon ever released in Destiny. And while that remains true, a few nerfs made an already modest PVE weapon (in terms of lethality and viability) even weaker.

Having said that, Ruinous Effigy can still be very effective at close range on Majors: Use it to cancel stomp mechanics, dunk, melee, and finish off with a sword. Plus, it remains extremely fun to use.

How to get it: Ruinous Effigy can be purchased at the Monument to Lost Lights in the Tower. 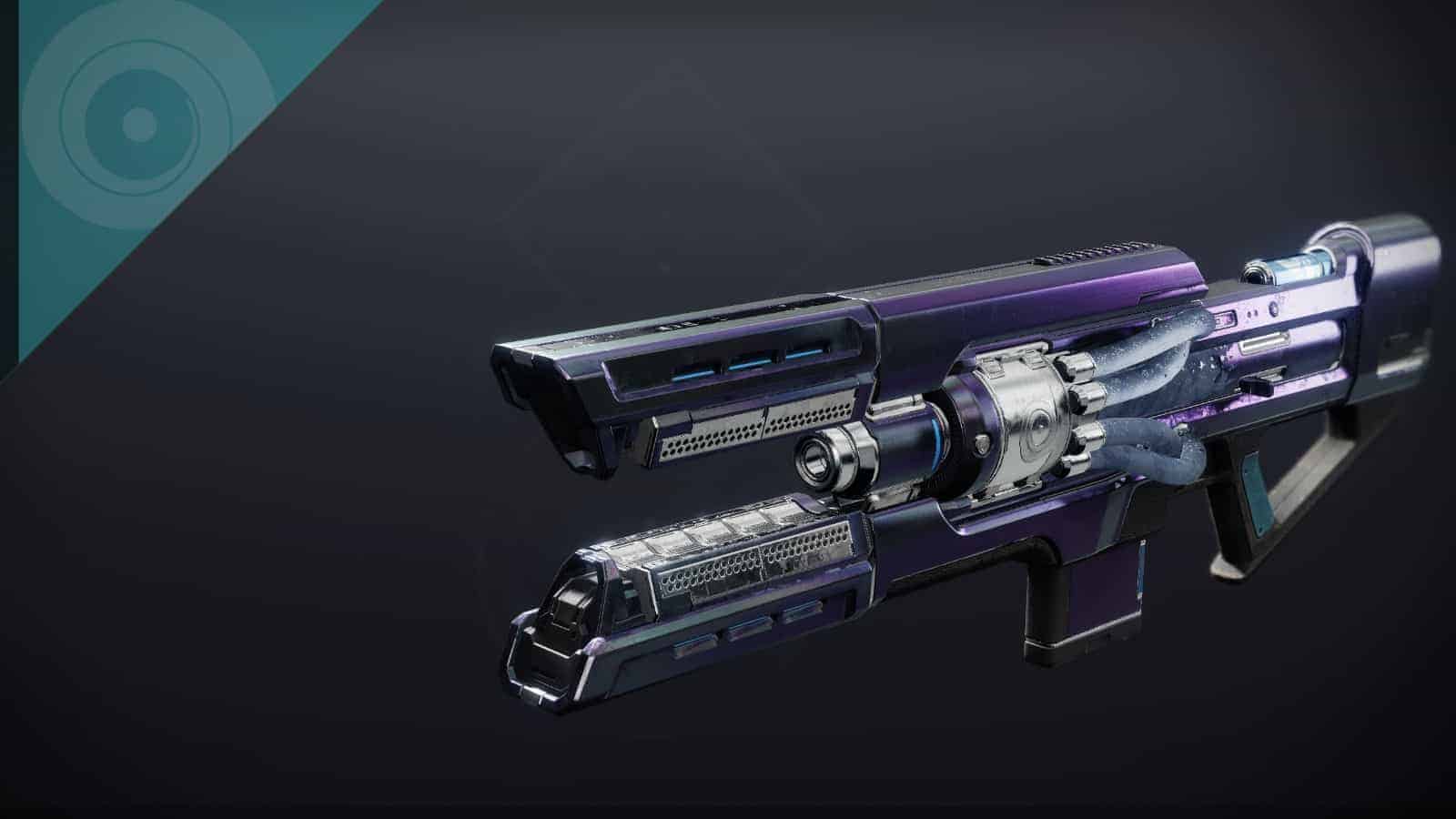 Coldheart has always done a decent job at dealing sustained damage against Bosses, Majors, and Champions. And now that it has improved ammo thanks to the return of ammo mods, Coldheart is once again a good DPS alternative.

Exotic Perk: “This weapon shoots a steady cold fusion-powered laser that does exponentially more damage the longer it remains on a target.”

How to get it: Coldheart can be acquired via Exotic engrams or Xûr. 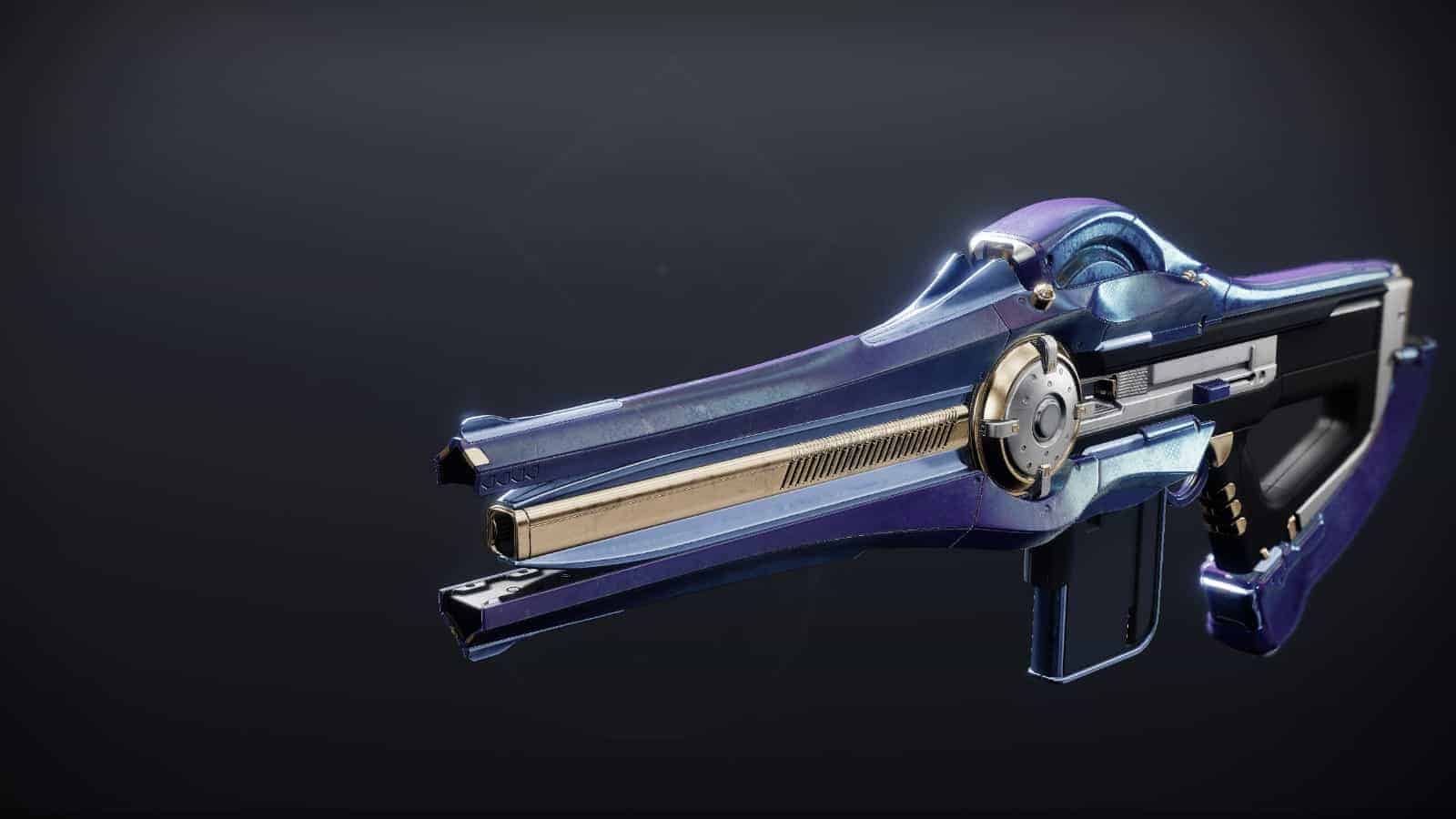 The only non-exotic Trace rifle in the entire game, Retraced Path also happens to have good base stats. Even better than those of Coldheart. And with the right perks, this can be a great PVE alternative.

What was surprising is how good it can also be in PVP. With the right roll, the right mindset, and as many ammo mods as you can possibly equip, Retraced Path can be tons of fun in casual 6v6 modes.

How to get it: Retraced Path can be acquired by completing Dares of Eternity runs or turning in Treasure keys at Xûr’s in Eternity. 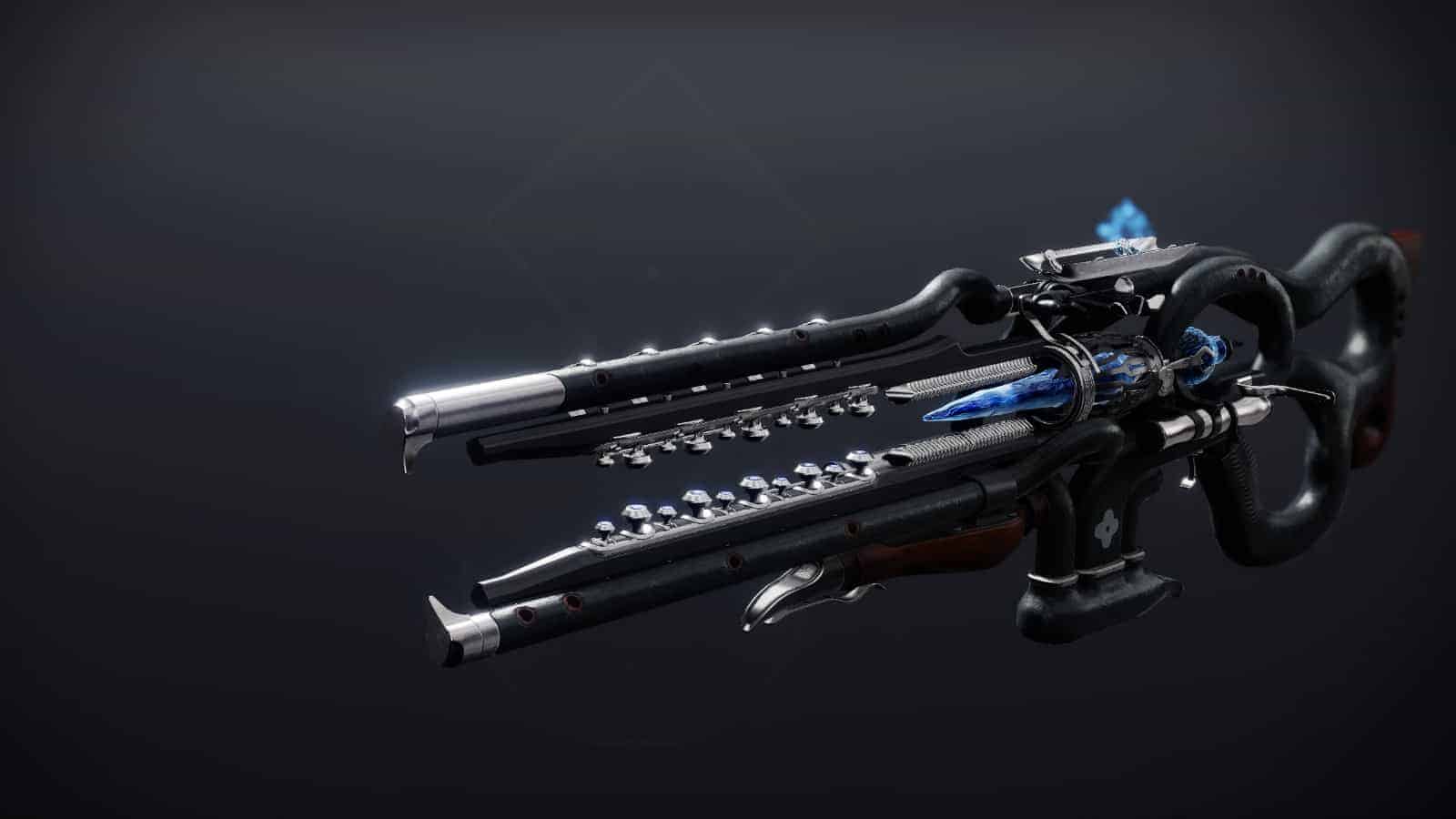 Ager’s Scepter is exactly what you would have expected from a proper Stasis trace rifle. Its ability to freeze and slow at will is remarkable, but on top of that, this exotic has best-in-class stats and an excellent Exotic perk that helps it stand out even more. In PVE, you can expect it to handle casual and solo content with easy, and in the hands of an experienced player, it can do just fine in endgame content too.

On top of all that, Ager’s Scepter with its Catalyst can absolutely shred in The Crucible. You’ll have to use all your Super energy but I’ll be worth it.

Exotic Perk: “Final blows with this weapon generate a slowing burst around the defeated target. Stasis final blows transfer ammo to this weapon’s magazine from reserves.”

How to get it: Ager’s Scepter can be acquired by completing an Exotic quest. 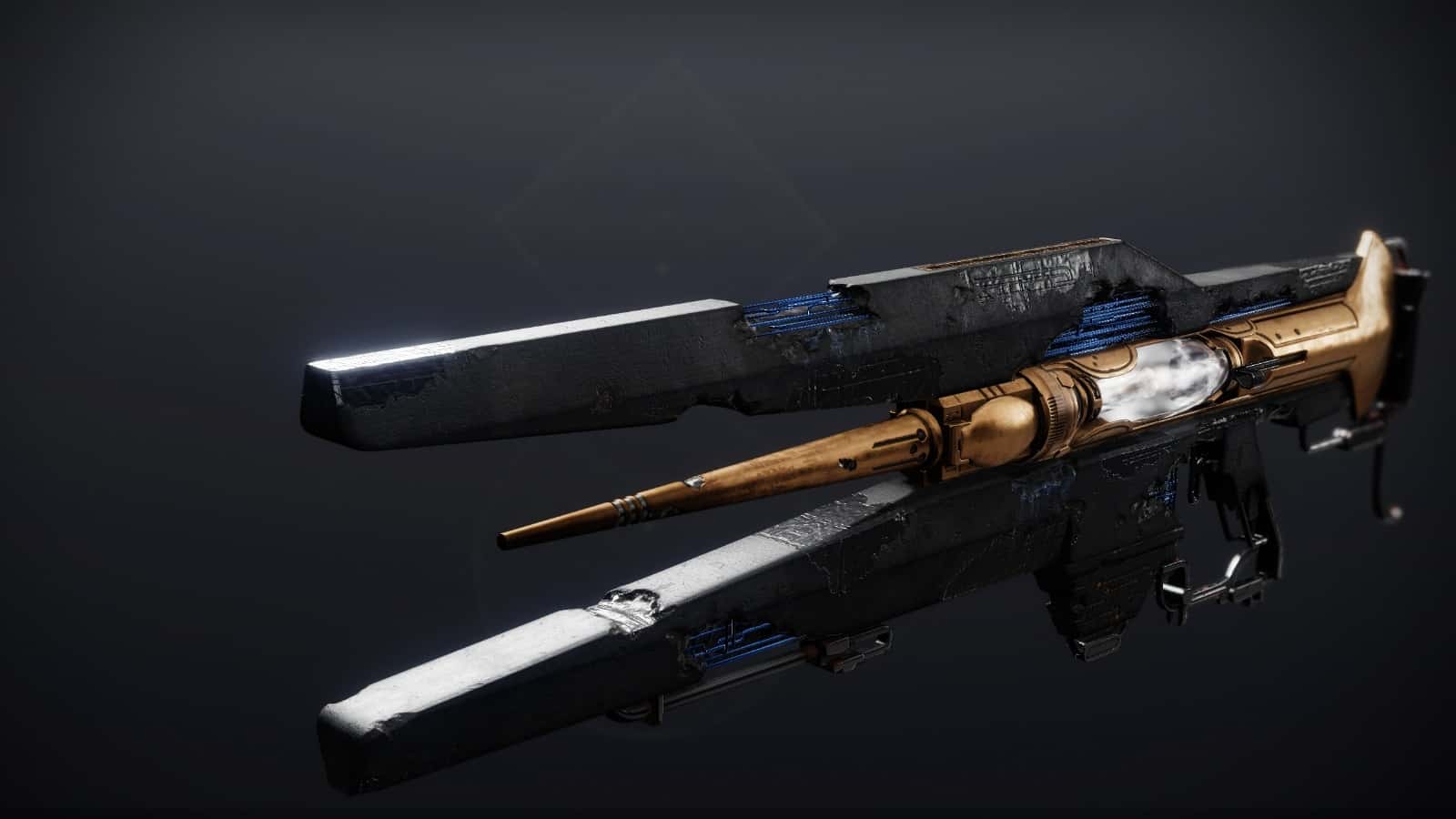 Divinity is the ultimate support weapon. It can deal with Overload Champions and more importantly, it can apply a huge debuff on everything, weakening enemies and creating a giant crit spot on them.

Divinity may have the lowest DPS on this list, but the huge benefits it can bring to any fireteam more than make up for it. If you and your fireteam want to increase your chances to complete the most difficult endgame content in Destiny 2, bringing a Divinity will certainly help.

Exotic Perk: “Sustained damage with this weapon envelops the target in a field that weakens and disrupts them.”

How to get it: Divinity can be acquired by completing an Exotic quest.

TTK is particularly important in PVP, because the lowest the TTK, the faster you can kill your opponent. You can read all about it in our TTK guide below.

Having said that, if you commit to them, equip ammo finder and scavenger mods, and use it as a Primary weapon (like a souped-up Auto rifle), they can get the job done:

For the record, a 0,67 seconds TTK is extremely fast and matches the fastest Primary weapons in the entire game (the top sidearms and SMGs). Trace Rifles have better range too, but on the other hand, they use Special ammo, which means you’ll have to be much more careful with how you spend ammo.

Using a Trace rifle may seem like a gimmick, but these days, with the right ammo mods and the right mindset, you can have tons of fun with them. This video from our friend Pattycakes shows you exactly how:

This DPS chart includes the DPS numbers for every weapon in Destiny 2. When it comes to actual DPS, Traces can do ok numbers:

Trace rifles do not excel in endgame content thanks to their DPS numbers. Granted, some, such as Ager’s Scepter, can deal insane DPS. But for the most part, Traces excel thanks to the unique things they bring to the table. For example, Divinity is king for endgame PVE content due to the immense support it provides to teammates.

Trace Rifles in Destiny 2: Are they Meta?

We’ve talked about the best Traces for PVE and PVP already, but how do they compare, in general, with other primary weapon types? In other words:

Are Trace Rifles good in Destiny 2?

So, are Trace rifles good in Destiny 2 PVE? This table summarizes how the several special weapon types rank against each other in PVE:

You now know everything there is to know about Trace Rifles in Destiny 2, whether that is for PVP or PVE content.

Things change fast in Destiny 2, especially when a new Season or Expansion launches. For that reason, this post will be updated at least once per season.

With the release of Season of the Lost (Season 15) and Bungie’s 30th Anniversary event, the following weapons were added:

Stay tuned and don’t forget to bookmark this page for next season!