Short for Time-to-kill, TTK dictates how fast a weapon can kill an enemy. Combining burst damage and time between bullets, TTK is the best indicator of a weapon’s lethality in PVP.

For the sake of clarity, TTKs in Destiny 2 are calculated per archetype and not per weapon. For example, all adaptive hand cannons deal the same damage per bullet at the same rate of fire and therefore have the same time-to-kill. They are differentiated by aesthetics, stats, and perks.

In this post, we will keep things simple and focus on the TTK values of all primary weapon archetypes in the game. The table below will also include examples of the best weapons per archetype.

A big thank you to Mercules for helping us put together this post. Mercules is a former Gameplay Specialist at Bungie and creator of the extremely useful Destiny Massive Breakdowns TTK comparison tool.

Destiny 2 TTK Spreadsheet as of Season 15

Just as the Destiny 2 Meta, TTK values can dramatically change from season to season. The data below is up to date with Season of the Lost:

Always keep these in mind when reading these TTK values:

Here you can see the different TTK values in seconds for primary weapons from best to worst:

99% of your needs should be covered with the TTK table above, but if you want to dive deeper into a specific weapon and/or situation, you can use this TTK Comparison Tool.

That tool is the closest you’ll find to a Destiny 2 TTK Calculator and it allows you to set:

To use it, you’ll need to create a copy of the Google sheet for yourself.

There’s absolutely no reason why you’d want to do this yourself as Mercules already does it for you, but if you ever wanted to calculate TTK values yourself, these are the formulas you can use.

Again, there’s no reason why you’d want to put yourself through using these formulas, but these work for Destiny 2 and for any other modern FPS for that matter.

The TTK for most Exotic primary weapons is covered in the chart above as most Exotics share the same base damage profile as their Legendary counterparts. That said, some Exotics can have significantly lower TTK figures, which is why we also cover the most requested Exotics below:

No Time to Explain TTK:

And finally, while not technically an Exotic, the Messenger Pulser rifle has one of the best perks in the entire game:

TTK and ease of use

It would be a mistake to look solely at TTK values. Equally important is a weapon’s ease of use.

The game’s meta itself is determined by both TTK (lethality) and ease of use (forgiveness). A good combination of both is what defines the best PVP weapons in Destiny 2. 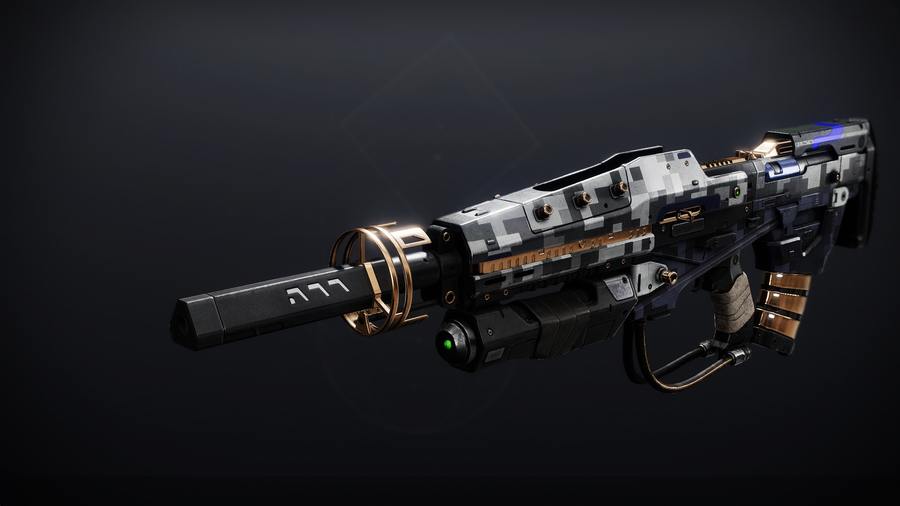 But what exactly does “ease of use mean”? As Mercules puts it:

Ease of use is a combination of a weapon’s optimal crit percentage and its numerical stats such as stability, range, aim assist, zoom, etc.

In conclusion, you want to take into account TTK values, crit percentages, and overall stats, and chose a weapon according to your playstyle.

What about Special and Heavy weapons’ TTKs?

Mercules’ original Google sheet includes data and TTK values for every weapon in the game, including Special and Heavy ammo weapons and Exotics.

However, the vast majority of Special and Heavy weapons used in PVP can one-shot kill any guardian. That’s why shotguns and sniper rifles are so widely used.

For that reason, we prefer to keep those types of weapons out of this review.

Seasoned PVP players have a good understanding of the current PVP meta, and by extension, TTK values. However, if all of this is new to you, this is how you can use these values to your advantage.

You should always use the weapons you like the most and/or have the most fun with.

That said, the lower the TTK of a weapon archetype, the more lethal it can be. If you’re looking for a competitive advantage, these figures should point you to the most effective weapons out there.

Things change fast in Destiny 2, especially when it comes to the game’s sandbox (and hence Meta, DPS, and TTK values). One can expect major sandbox changes once per season.

Major changes introduced with Season of the Lost (S15):

Major changes introduced with Season of the Splicer (S14):