Ease to use and extremely powerful in both PvE and PvP, Osteo Striga immediately became a lot of players’ favorite Exotic. Its poison-spreading effect makes it one of the best ad-clear primaries in PvE, and its enemy-tracking bullets make it an easy-to-use option in PVP. Plus, its catalyst is S-tier, further cementing it into one of the best weapons in Destiny 2.

This guide will show you how to get the weapon, what are the best rolls, and, equally importantly, how to find its catalyst.

The Osteo Striga is only available to players who own the Deluxe Edition of The Witch Queen expansion. Owning the Deluxe edition is only the first step, though, as you’ll need to beat the Witch Queen campaign too. Once completed, you can head over to the Enclave on the Throne World and craft the weapon for yourself.

How to get the Osteo Striga

You’ll only be able to choose from a limited selection of perks the time around, and you’ll have to level up the weapon in order to unlock more perks and, eventually, the Catalyst. However, the weapon is absolutely great, even at level 1.

To purchase a level 1 Osteo Striga at the Enclave, you’ll need:

Osteo Striga is one of the best and easiest-to-use PVE weapons in the entire game. In fact, even players with disabilities praise it, as it doesn’t require a perfect aim to be effective.

And once you unlock its catalyst, it becomes even more powerful.

Where it shines: The more red-bar enemies there are, the more damage its spread poison will deal. When used properly, you can wipe entire hordes of low-health enemies in an instant.

Where it doesn’t: If you’re facing hard-to-kill red bar enemies (Master or Grandmaster content), Osteo Striga, just like Trinity Ghoul, will lose most of its killing potential.

Once you’ve crafted Osteo Striga, it will be up to you to level it up and unlock all the different Barrel, Magazine, and Stock perks:

This is a perfectly balanced SMG for PvE, featuring excellent handling and stability. It doesn’t have that much Reload, but the Reload is not as irrelevant because of the Catalyst.

Thanks to Ekuegan for this recommendation!

For PvP, we’re going for a roll with a little more range and more stability, as you want to be able to hit those 7 shots (required for the kill) as reliably as possible:

Unlike some Legendary weapons that usually have a perk or two above the rest, the Osteo Striga offers a fair selection of good perks. According to Light.gg, these are the most popular perks based on more than 100,000 copies of the weapon: 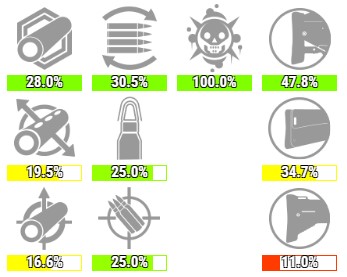 A build is absolutely not required for this weapon to be effective. Osteo Striga is extremely lethal and one of the best weapons in the game, especially with the catalyst. However, if you want to take it to the next level, you can pair it with the Warlock’s Necrotic Grip exotic.

The best build for Osteo Striga involves using the Necrotic Grip Exotic gauntlets. With Necrotic Grip, defeating poisoned enemies spreads the condition to nearby targets. In this case, every enemy you defeat using Osteo Striga will spread the poison even further.

This combination is so broken that you can easily clear entire rooms of enemies, barely lifting a finger.

Osteo Striga catalyst: Where to find it?

The catalyst for the Osteo Striga Exotic SMG can be purchased at the Enclave Relic on the Throne World as soon as Weapon Level 10 has been reached.

This is the new perk unlocked with its Catalyst:

How to unlock the catalyst?

Unlike every other Catalyst in Destiny 2, Osteo Striga’s is unlocked as soon as you purchase it and reshape the weapon at the Relic.

If you don’t have the Osteo Striga already, I suggest you finish that (amazing) Witch Queen campaign, craft an Osteo Striga for yourself, and level it up fast. Believe, that weapon with its catalyst is a game changer, and you’ll be surprised how strong it currently is in PvE!

I've been covering gaming since 2012, and some of my work has been featured by large brands, including MSN.com, Forbes, Rock Paper Shotgun, and more. I've been obsessed with Destiny 2 for years now, and I hope to provide new and returning players with the guides and resources I wish I had when I first started.
More from Ric Molina