Destiny 2 Moon weapons: Tier list & How to get them

Back in the Shadowkeep days, the Moon was a prime destination to find good weapons. Most were low-key, but a few of them were among the best weapons in the entire game.

And then they were all retired from the game… Months later, after much complaining from the community, they returned to us, but with entirely different perks, which begs the question: Are they still as good as they used to be?

In this guide, we’ll cover all re-issued Moon weapons (including their PVP and PVE god rolls) available today and show you where to find them.

The best Moon weapons in Destiny 2

The Tier list below includes every Moon weapon in the game. It starts with the S Tier weapons and moves down from there. It also covers both PVE and PVP, with the “Excels in” column clearly identifying in what area each weapon shines:

Destiny 2 Moon weapons farm: Where to find them

Farming weapons in Destiny 2 is often very difficult due to low drop rates and/or having too many weapons drop from the same sources.

Take Bottom Dollar, for example, a sought-after Gambit weapon that requires absurd amounts of Gambit matches for a chance to find one with good perks. Hell, you may never find one if you have bad RNG…

But luckily, all Moon weapons are some of the easiest weapons to farm. They still require work, but thanks to the Lectern of Enchantment, you can actively target the weapon you want and work towards it.

The Lectern of Enchantment is a vendor located in the Moon, next to Eris Morn. There, you can grab weekly, daily and repeatable bounties. But more importantly, you can find Nightmare Essences, which are special bounties that reward Moon weapons and armor. 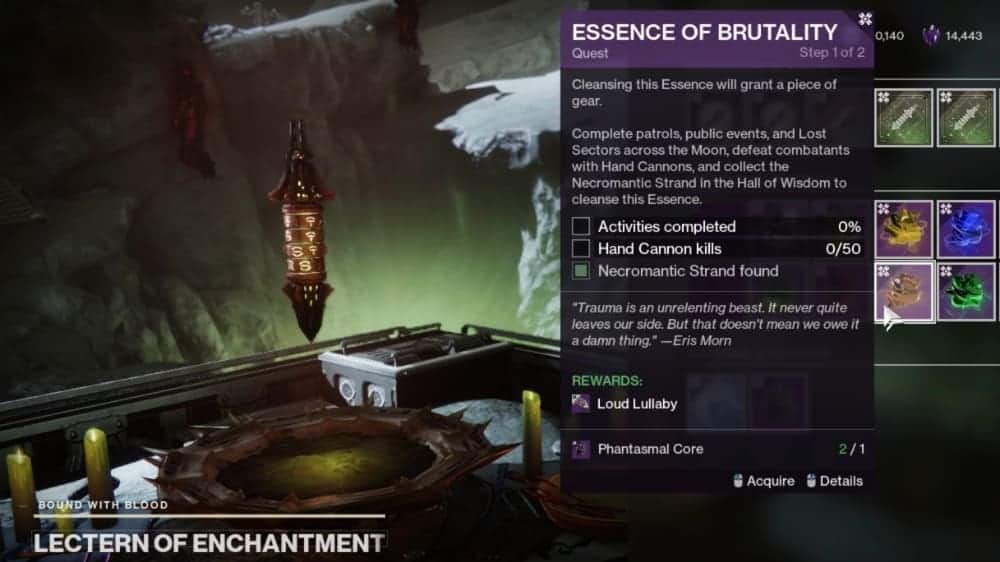 To farm the weapon you’re interested in, all you need to do is purchase the right Nightmare Essence and complete it:

For detailed guides on how to recover those specific items, 360GameTV has a video for each one.

As long as you have the resources to purchase them, you can farm Moon weapons indefinitely.

Completing activities on the Moon will steadily reward you with Phantasmal Cores, but if you happen to be out of Cores, you can also get more from the Lectern of Enchantment. 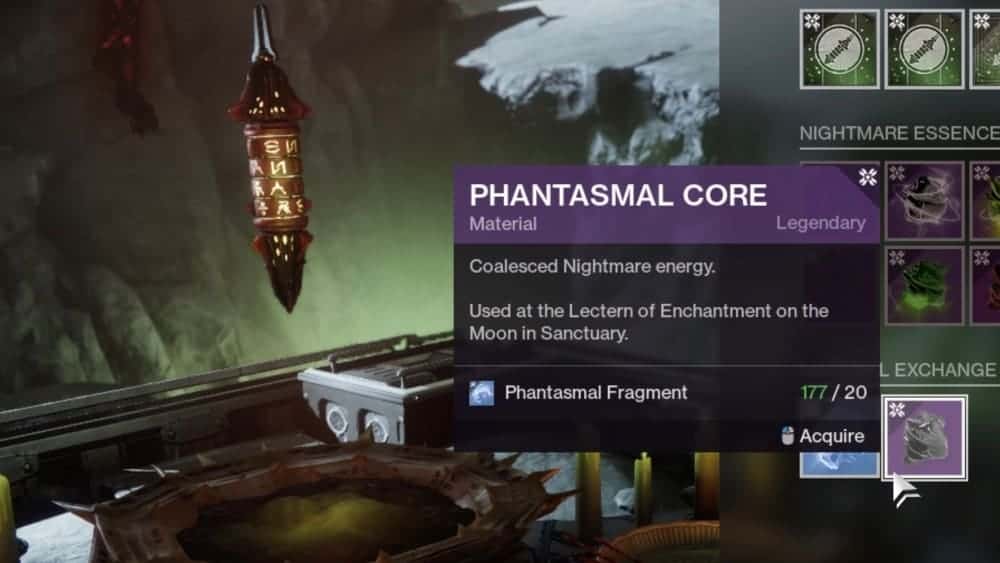 You can get more Phantasmal Cores by:

Ok, I know this sounds complicated but it isn’t, trust me. You can earn Phantasmal Fragments by completing Moon daily bounties or you can purchase them with Helium Filaments.

Unlike Nightfall weapons, which are all on a strict weekly rotation, most Moon weapons can be farmed whenever you feel like through random activity completions on the Moon or through the Lectern of Enchantment.

There are 3 exceptions, though: The Altars of Sorrow weapons:

The weapons rotate daily, with only one weapon available per day:

Altars of Sorrow rotation for 2021

The following calendar outlines what weapon is dropping when:

For the record, as much as we tried to keep the above tier list as objective as possible, it’s still based on our personal experience playing the PC version of the game.

If you’re wondering what criteria was used to build this Tier list, these are the main factors I took into account:

By the way, what is your personal favorite Moon weapon?