Heavy Grenade launchers completely dominated for years until Bungie progressively buffed other weapon types in an effort to bring balance to the PVE meta.

Grenade launchers were eventually left behind, and these days, they are considered the worst Heavy weapons in the game. But that isn’t the case with Special ammo grenade launchers, which get stronger each season.

This guide covers both Heavy and Special ammo Grenade Launchers in Destiny 2, including both Exotics and Legendaries, as well as the best rolls for PVE and PVP.

The Tier list below includes every Exotic and non-sunset legendary Grenade Launcher in the game, including both Heavy and Special ammo variants. It starts with the S Tier weapons and moves down from there. It also covers both PVE and PVP, with the “Excels in” column clearly identifying in what area each weapon shines:

This section not only covers the top Grenade launchers currently in the game, it also tells you where you can find them.

PS: This guide covers every weapon source in Destiny 2 and most of the sources below are self-explanatory, but in doubt, you can always leave a comment below or ask away on our Discord server.

Overall, these are our Top 10 favorite Grenade Launchers for PVE and PVP. 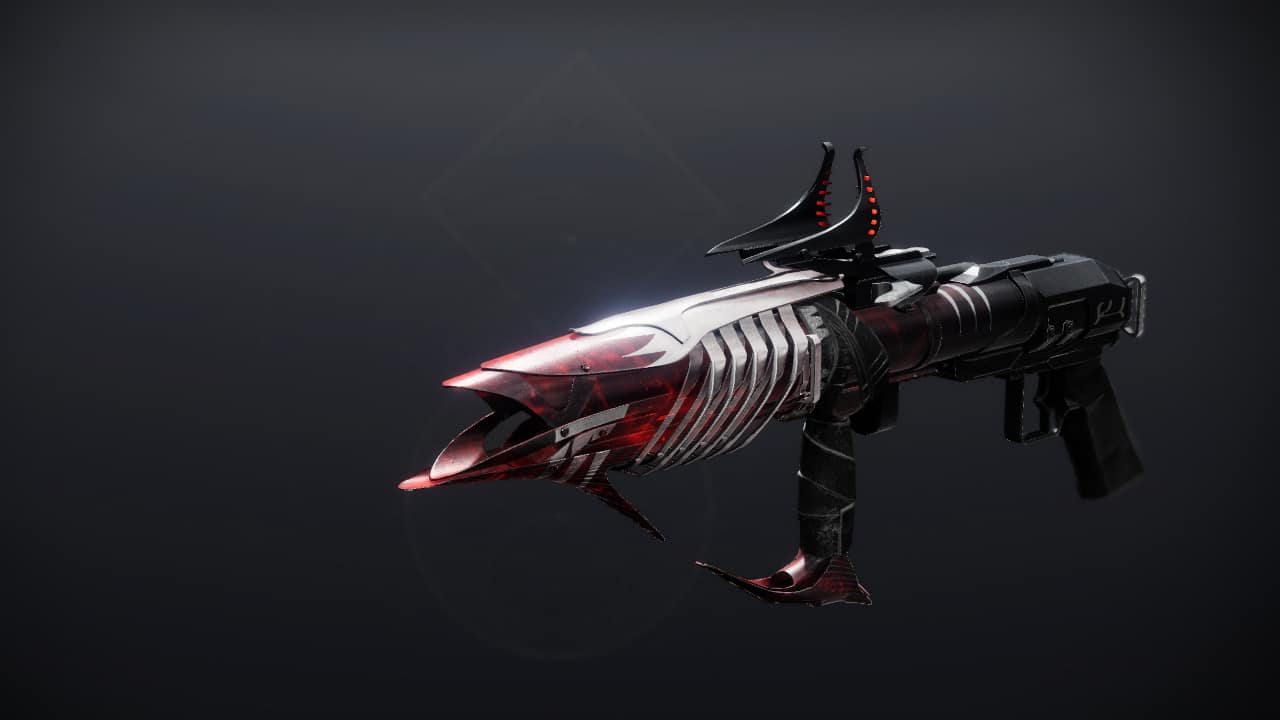 Being the first Special Stasis Grenade Launcher, Lingering Dread earns some points for uniqueness. It gains some points for style by being a part of the Duality suite of weapons that all look remarkably stylish.

Lingering Dread comes with Chill Clip which functions about how you’d expect it to with a Breech-Loaded Grenade Launcher. The single shot that it fires slows targets hit. This ‘slow’ effect makes it a powerful option in the Crucible and a unique iteration on the crowd control role that Special Grenade Launchers fill in PvE content.

This makes it, despite its uniqueness, a pretty ‘okay’ option that will be as viable as every other Grenade Launcher in the game.

How to get it: Lingering Dread can be acquired by completing the first or final encounter of the Duality dungeon. 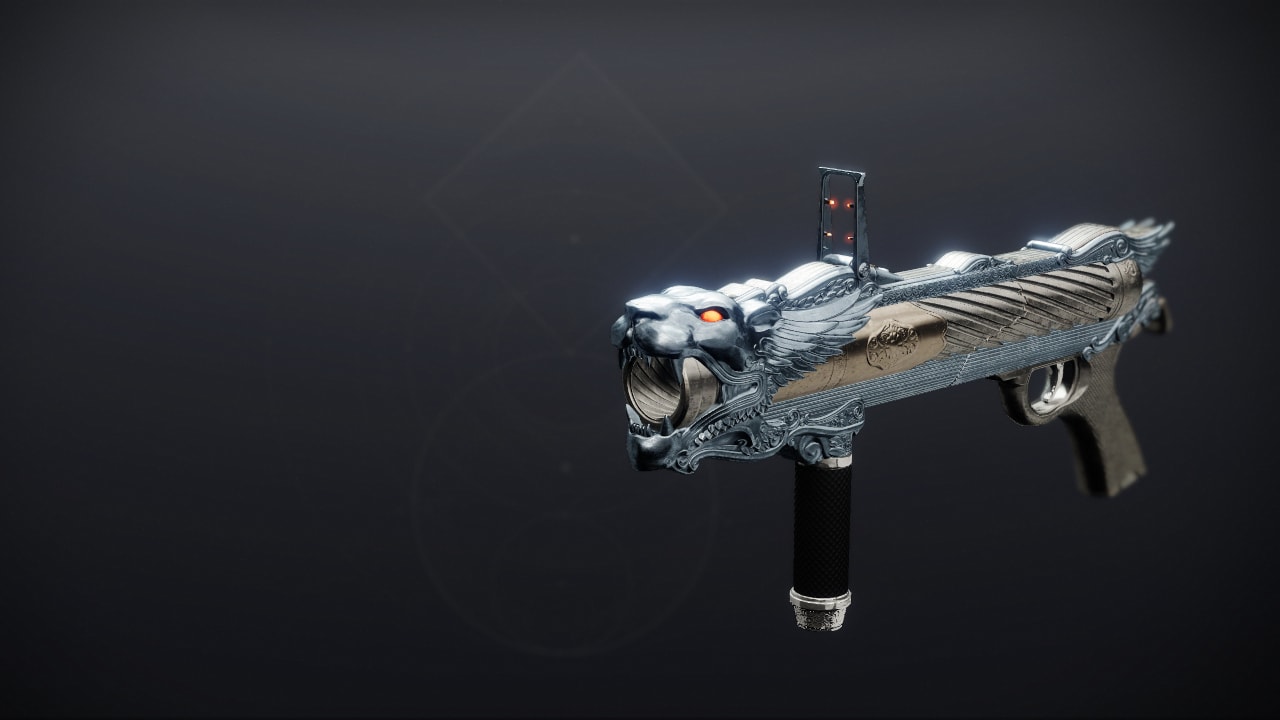 The Fighting Lion is a unique weapon as it is the first Grenade Launcher that uses Primary ammo. This alone immediately makes it a potent option as Grenade Launchers, especially in PvP, are very powerful options due to their ‘spamming’ nature. Being able to bounce off of walls and pressure opponents behind cover is a very strong option that many players can often overlook. Fighting Lion can capitalize on spam as it has infinite ammo making it a very high-pressure weapon to play against.
Another benefit to the Fighting Lion is its excellent base stats with an incredible 100 Handling. Furthermore, its Exotic Catalyst, Chimera, allows for an even more fluid playing experience. It grants your equipped Kinetic and Heavy increased Handling and Accuracy for a brief period allowing for a blindingly fast time to kill with a ‘hot-swapping’ build.

How to get it: Fighting Lion can be acquired via Exotic engrams or Xûr. 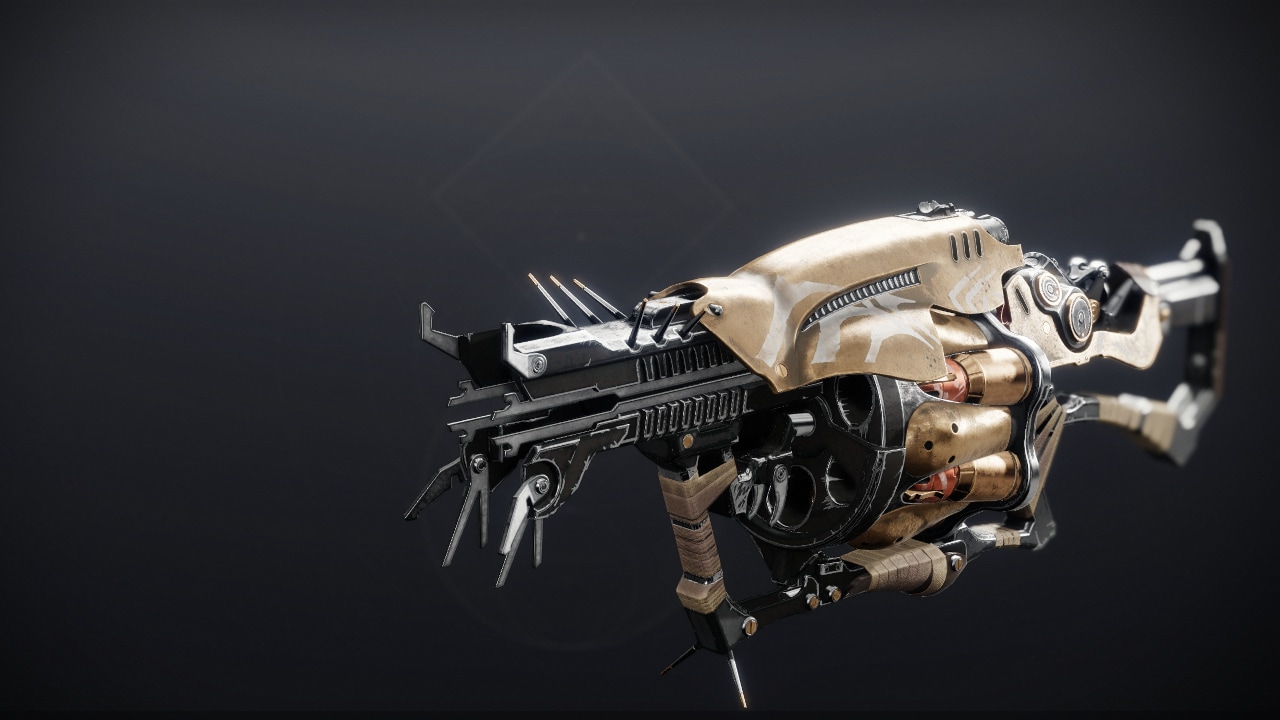 Anarchy has seen quite the fall from grace. It was previously one of the most potent weapons in PvE by trivialising even the most challenging pieces of content in the game. However, Anarchy has had its damage reduced and its ammo reserves cut down.
Many other powerful options exist in the game, especially in the Heavy ammo slot with exotics Gjallarhorn or Sleeper Simulant or even with Legendaries like Reed’s Regret or Hothead. These potent options put Anarchy to the wayside as the damage it does now simply doesn’t match the other options we have.
However, despite the changes and additions of other powerful options, Anarchy remains as one of the strongest Grenade Launchers in the game. The ability to simply stick two Anarchy shots to a target and then swap to a high damage Special Weapon is still a solid option, and in certain Nightfalls with Arc Burns like Lightblade, Anarchy can still hold up as a powerful option.

Exotic Perk: “Grenades stick to surfaces and chain Arc bolts to other mines. It also has the Moving Target perk.”

How to get it: Anarchy can be purchased at the Monument to Lost Lights in the Tower. 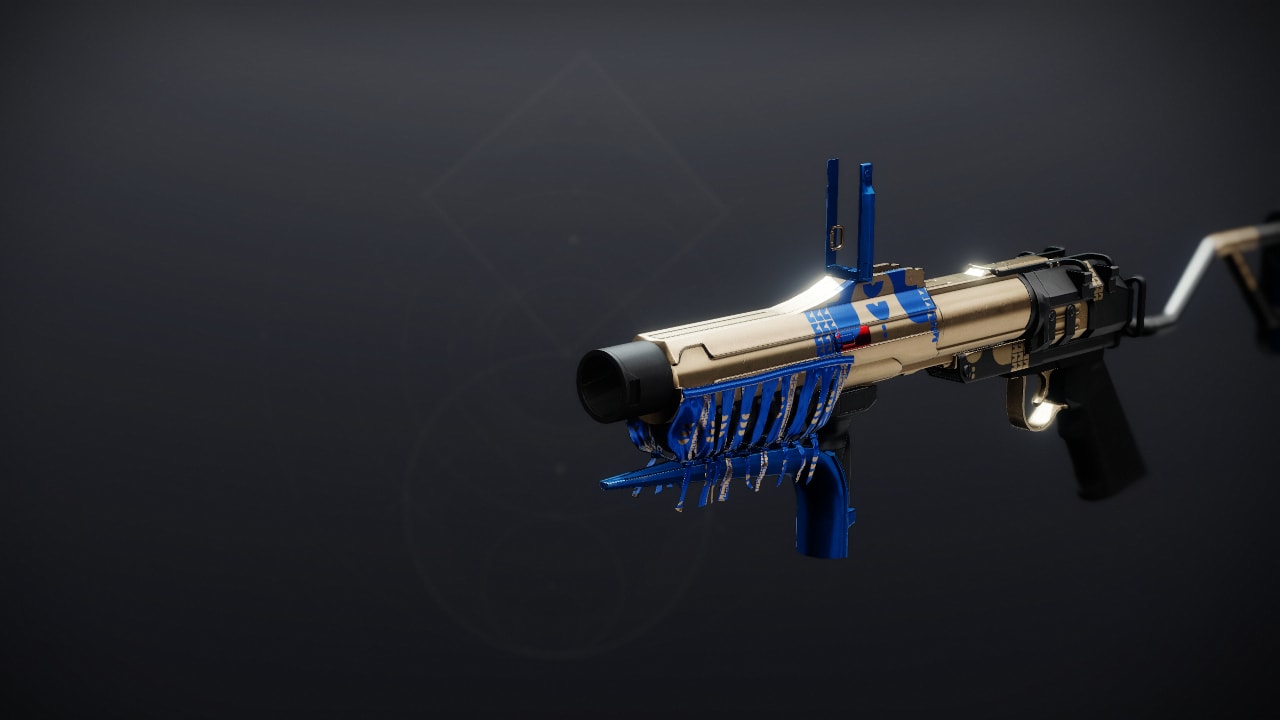 How to get it: Explosive Personality can be acquired by completing PsiOps Battlegrounds and focusing Umbral engrams. 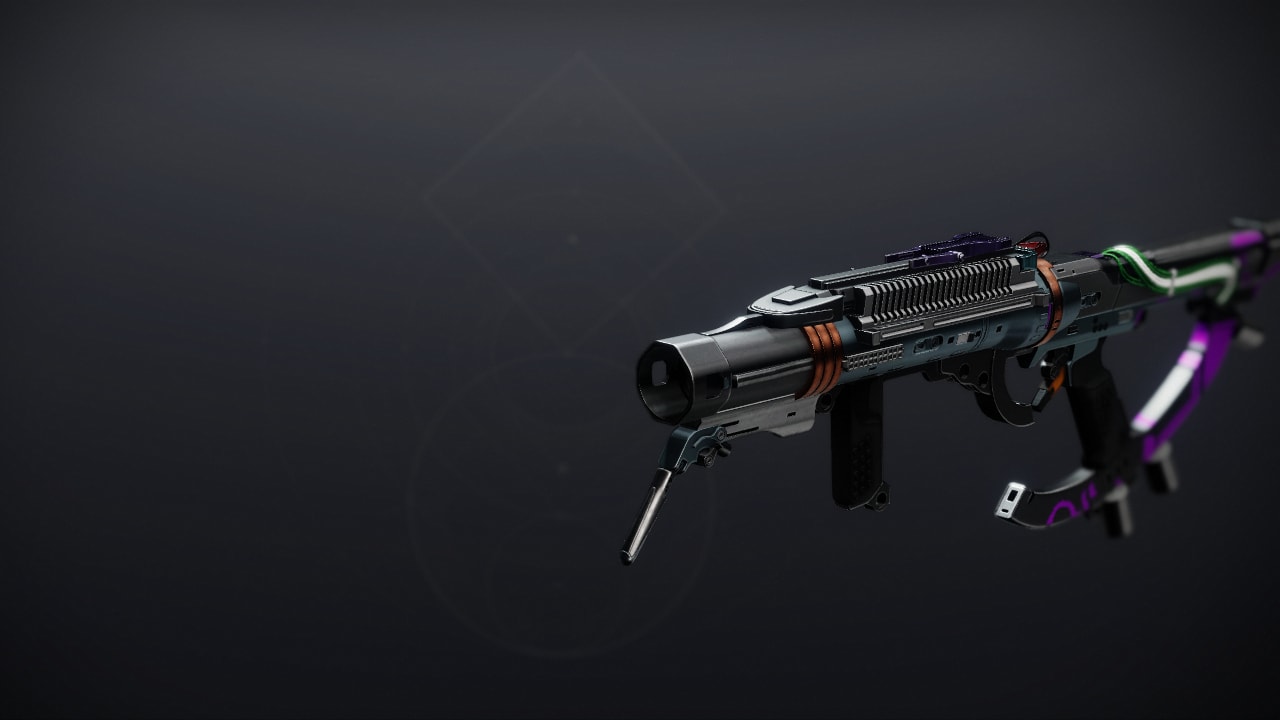 The Ignition Code from Season of the Splicer is a powerful option as a utility or backup weapon. With the ability to roll with Blinding Grenades, the Ignition Code can keep full rooms of enemies at bay in the way that other Grenade Launchers can’t due to Slideshot. Ignition Code is the first Grenade Launcher to come with Slideshot as a perk, and it synergises excellently with Grenade Launchers as the ability to spam Blinding Grenades at a crowd of enemies or Spike Grenades at a boss with a perk like Vorpal Weapon is excellent.
However, the downside of the Ignition Code is that aside from perhaps three perks, there are no other good perks on the gun, and with it no longer being acquirable, you may not have access to a strong roll of this weapon anymore.

How to get it: Ignition Code can be acquired from Xûr. 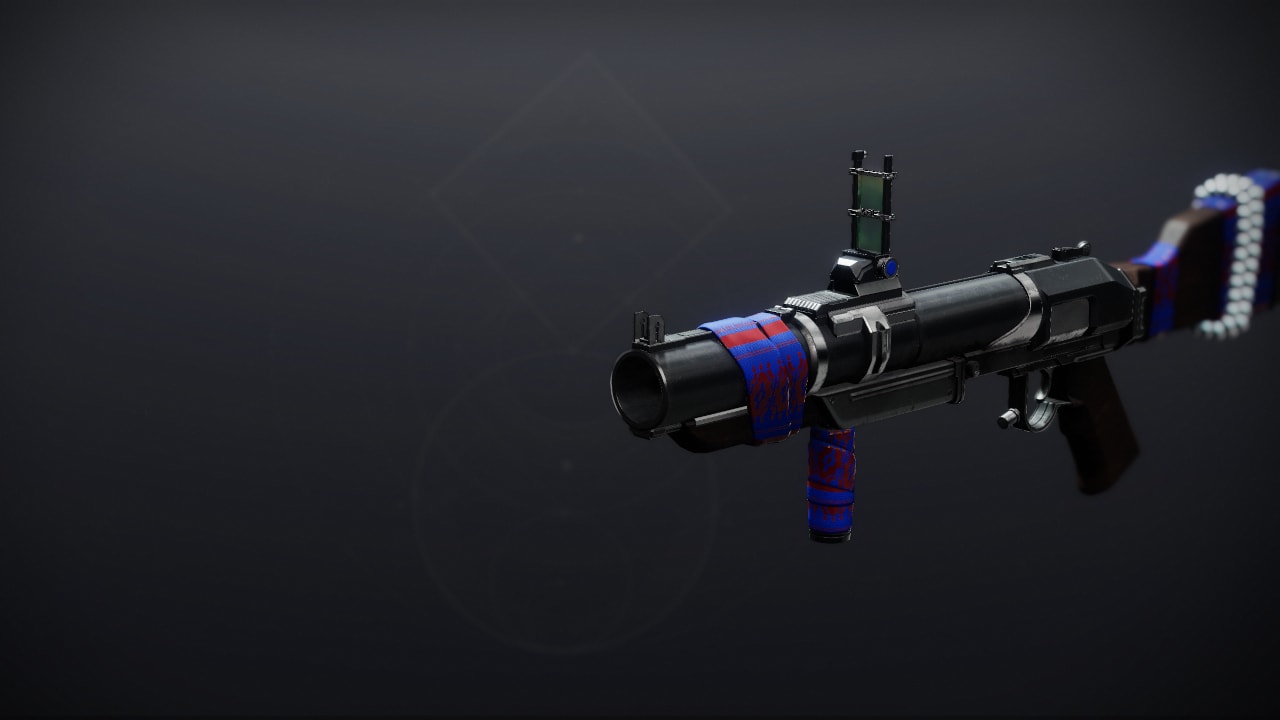 The Pardon Our Dust is a fantastic option released recently with the 30th Anniversary Pack. Players can obtain the Grenade Launcher through the gameplay loop involved with Dares of Eternity by earning treasure Keys to open the Treasure Chest by Xur.
The Pardon Our Dust is a consistent option that is not too hard to farm out and can roll with some excellent perks for boss damage or add control. Like most other Grenade Launchers, it comes with the standard Blinding Grenades or Spike Grenade. Furthermore, Pardon Our Dust can roll with perks like Ambitious Assassin, Auto-Loading Holster, Vorpal Weapon, Demolitionist or even damage perks such as Adrenaline Junkie, it is like the swiss-army knife of Legendary Grenade Launchers. It covers almost all bases and performs excellently across the entire game.

How to get it: Pardon Our Dust can be acquired by completing Dares of Eternity runs or turning in Treasure keys in Eternity. 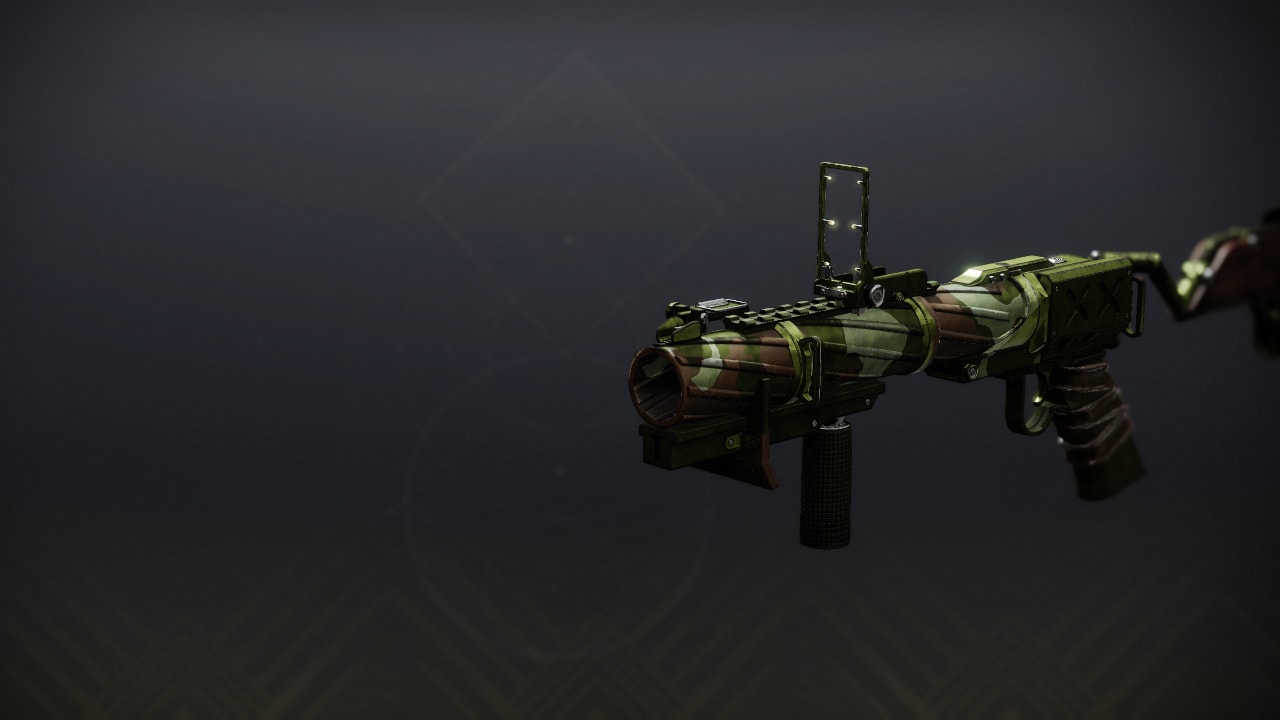 Salvager’s Salvo is one of the most satisfying weapons in the game. With its set roll of Ambitious Assassin and Chain Reaction, Salvager’s Salvo becomes an add clearing beast. It can also deal some substantial damage as it comes with Spike Grenades and the choice of Vorpal Weapon in the final perk slot.

Salvager’s Salvo is still, to this day, is still one of the best options and a commonly used option, ranking 54th out of all weapons in terms of PvE usage on DestinyTracker.com’s usage list.

Another bonus for the Salvager’s Salvo is that it is straightforward to grab the quest from the Abandoned Quests terminal by the Postmaster and get grinding for it.

How to get it: Salvager’s Salvo can be purchased at the Monument to Lost Lights in the Tower. 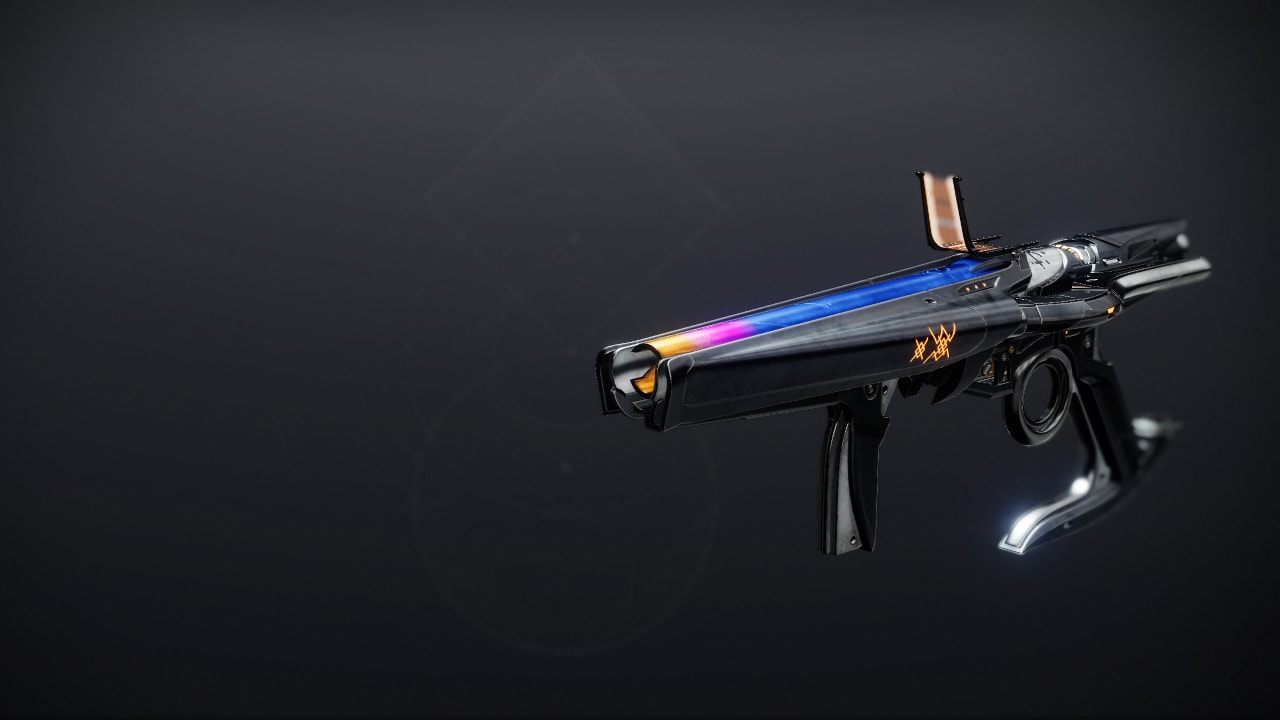 The Dead Messenger is a new Exotic Grenade Launcher that dropped with The Witch Queen and is the first Exotic Wave-Frame to be introduced into Destiny 2.
The Dead Messenger comes with the perk that appears on both Hard Light and Borealis, The Fundamentals. This perk allows you to swap between Solar, Arc and Void damage making Dead Messenger a versatile option in Match Game content. This ‘changing element’ feature also allows it to synergise excellently with all of the revamped subclasses such as Void 3.0 and Solar or Arc 3.0 later.
However, what makes Dead Messenger different is the Trinary Vision perk which releases three waves instead of the regular one that comes with Legendary Wave Frames. This perk makes it a menace in the Crucible as it is much harder to avoid and forces you to jump, making it an easy kill for your opponent. In many players’ opinions, it will be one of the meta picks in Season 17 for fast and easy kills.

Exotic Perk: “One-shot handheld Grenade Launcher. Projectiles release a fan of three energy waves on contact with the ground. You can change damage type, cycling between Solar, Arc, and Void.”

How to get it: Dead Messenger can be acquired by completing an Exotic quest. 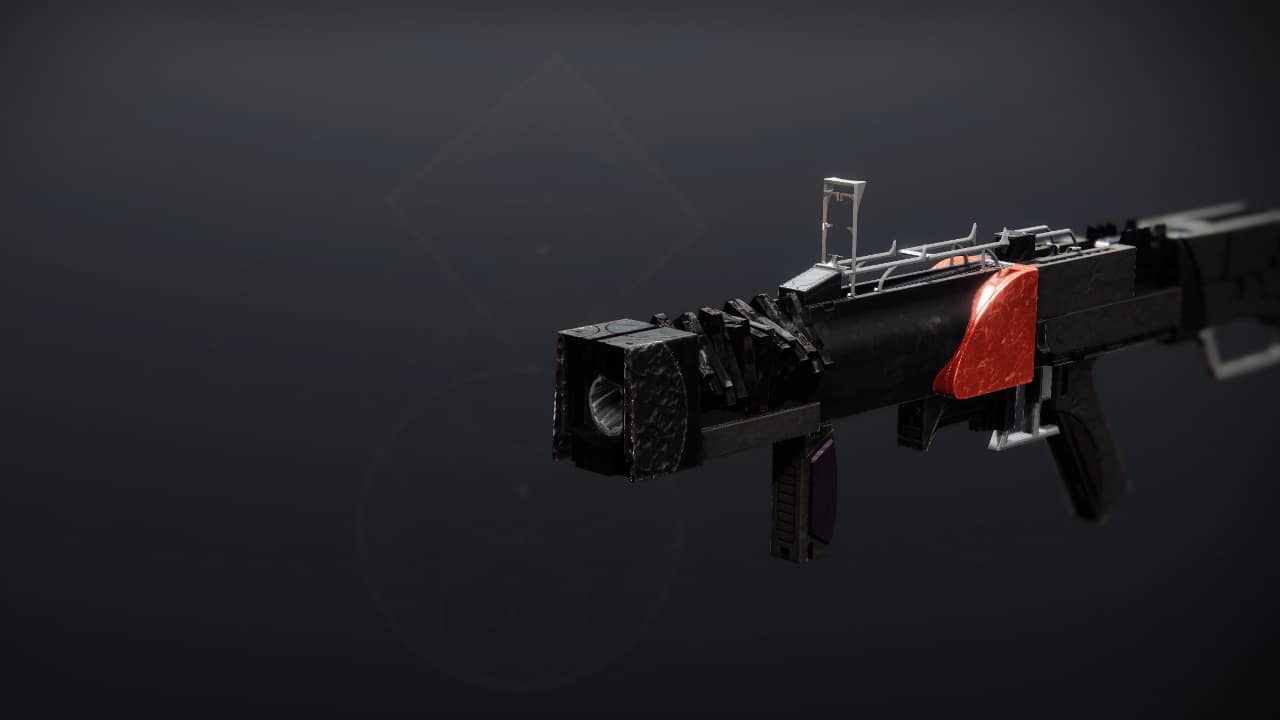 How to get it: Forbearance can be acquired by completing the second or final encounter of the Vow of the Disciple raid. 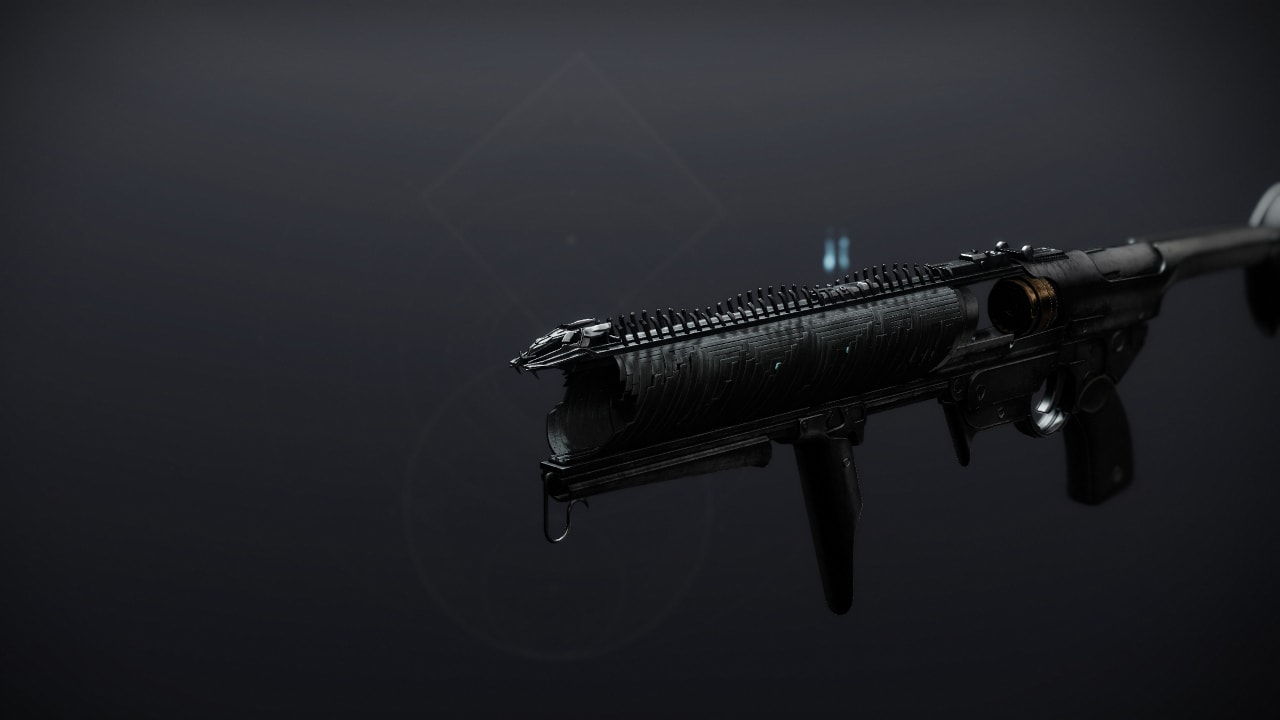 Witherhoard is one of the best weapons in the entire game. It provides damage over time, area denial, add clear and can counter some of the most oppressive abilities in the Crucible.
The main strength of Witherhoard lies in its versatility. It is one of the best add clearing weapons in the game as it can lock down spawn doors, not even giving the enemies a chance to spawn in and shoot you. This alone makes it a near must-have in your inventory for some of the game’s hardest and most prestigious pieces of content, such as Grandmaster Nightfalls or even Day One Raids.
In the Crucible, Witherhoard is one of the strongest counters to Ward of Dawn. Many in the PvP community agree to be powerful options in gamemodes such as Trials of Osiris or Competitive. Overall, Witherhoard is an excellent option and is a weapon you should have with you at all times.

How to get it: Witherhoard can be purchased at the Monument to Lost Lights in the Tower.

TTK is particularly important in PVP, because the lowest the TTK, the faster you can kill your opponent. You can read all about it in our TTK guide.

However, TTK applies to Primary ammo weapons for the most part. When it comes to Special and Heavy ammo weapons, such as Grenade Launchers, you want an effective weapon that can consistently deliver one-hit-kills.

In that department, Heavy grenade launchers can do the job. In fact, I like them a lot because their ammo economy (usually 3 grenades) can help you secure 3 kills if you play your cards right.

Special ammo Grenade launchers were not made for one-hit-kills and it shows. However, they can still be excellent for area control. Witherhoard can do wonders there.

This DPS chart includes the DPS numbers for every weapon in Destiny 2. Below you can find the latest DPS figures for grenade launchers:

We’ve talked about the best Grenade Launchers for PVE and PVP already, but how do they compare, in general, with other primary weapon types? In other words:

Are Grenade launchers good in Destiny 2?

This table summarizes how the several primary weapon types rank against each other in PVE:

You now know everything there is to know about Grenade launchers in Destiny 2, whether that is for PVP or PVE content.