Destiny 2 Glory Ranks: Why they matter more than ever

[toc] Unlike Valor, Glory points can only be earned in the Competitive PVP mode in Destiny 2.

In a nutshell, Glory is a skill ranking system. Winning games grants Glory points that will help you climb the ranks and losing games will cost you points. In order to move up the ladder (in this case, the different Glory ranks), you will need to win more matches than you lose.

There are a total of 6 Glory ranks in Destiny 2, and the first 5 ranks also have sub-ranks:

We will cover exactly how the glory system works, but let’s start with a more important question:

Why should you care about Glory Ranks?

Pro tip: Playing Competitive PVP to earn Glory and Valor is one of the best methods to increase your Power Level fast.

Why Glory ranks matter more than ever: SBMM

But with weapon sunsetting, Pinnacle weapons are practically worthless, even if they remain viable for “normal” Crucible modes (all PVP game modes except Trials of Osiris and Iron Banner). 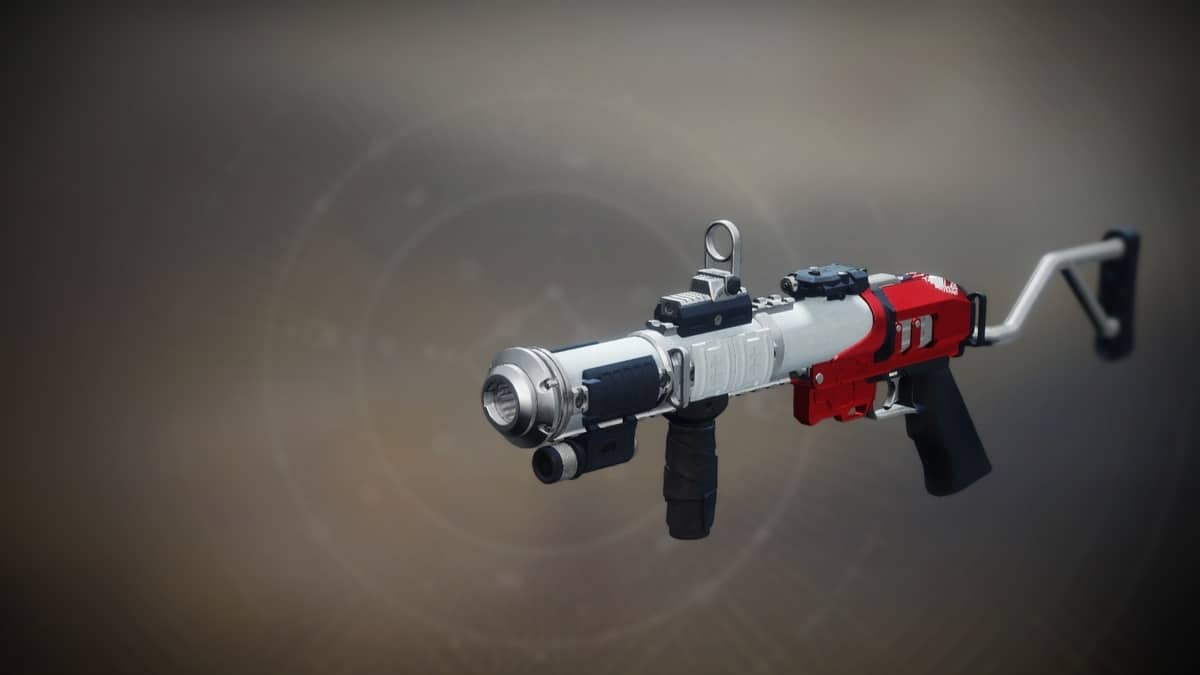 The Mountaintop: Perhaps the most infamous Crucible Pinnacle weapon to ever exist…

These are the Pinnacle weapons that previously required a specific Glory rank to be earned:

But nowadays, all Pinnacle and Ritual weapons can be acquired via the Monument to Lost Lights vendor at the Tower. When it comes to bragging rights, the Unbroken seal remains a good challenge for committed PVP players.

But the utility of the Glory system would stop there.

The purpose of a ranking system is that it pits you against opponents with similar skill levels. The more you improve and move up the ranks, the tougher your opponents. And the Glory system does that for the Competitive playlist (Comp).

The problem was that virtually every other PVP mode in the game had skill-based matchmaking (SBMM) too.

But now Glory ranks, and the Survival Competitive playlist, became much more important (and useful).

The move from Skill-based to Connection-based matchmaking 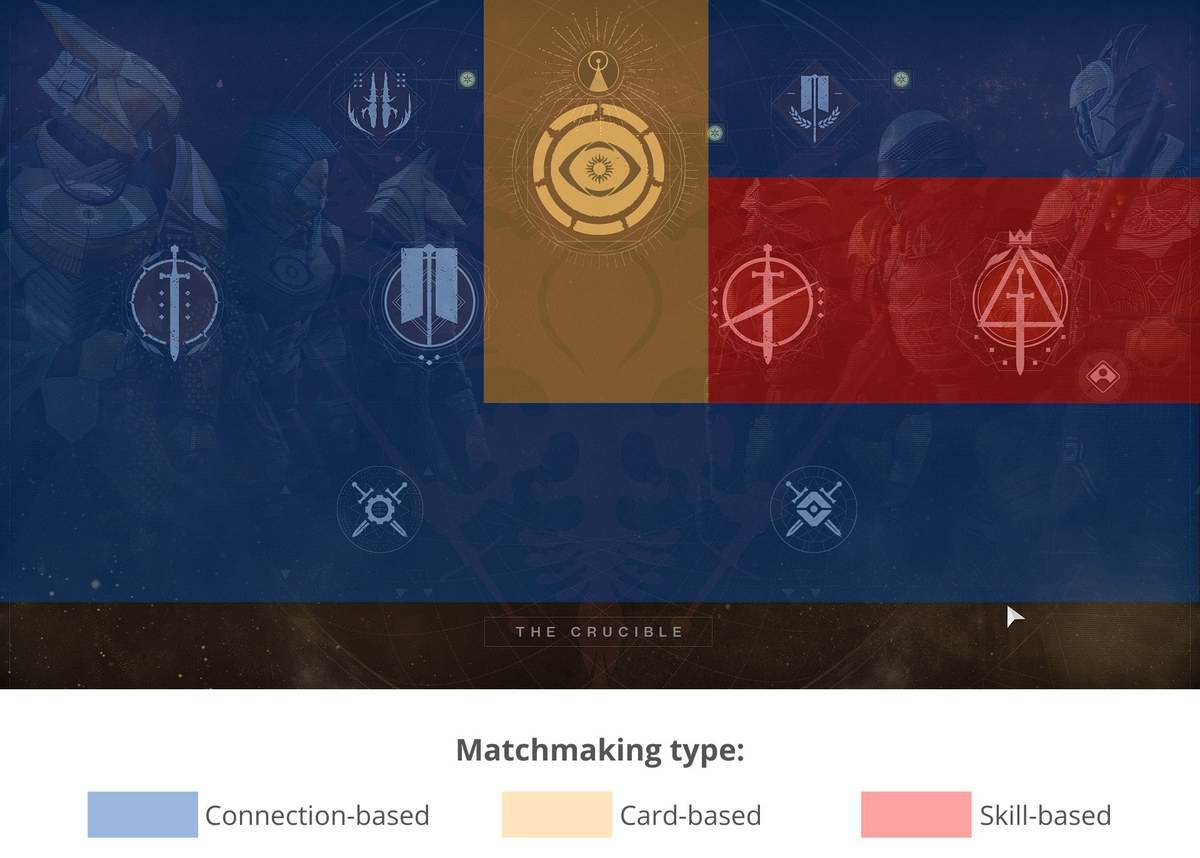 This means that instead of trying to pit you against opponents with similar skill levels, the game now favors connection speeds. This suddenly shattered every wall that separated players of different skill levels. To be clear, the removal of SBMM was sold as a way to improve the quality of matches.

According to Bungie, the purpose was to:

But in reality, this affected players very differently. My take:

The big winners of the removal of SBMM:

The players for whom it’s neither better nor worst:

The big losers of the removal of SBMM:

Rant aside, this is why Glory ranks and the Survival playlist are now more important than ever.

If you are average or below-average and are looking for a place where you can slowly improve as you face gradually tougher opponents, Survival and Elimination are the only places you have left. 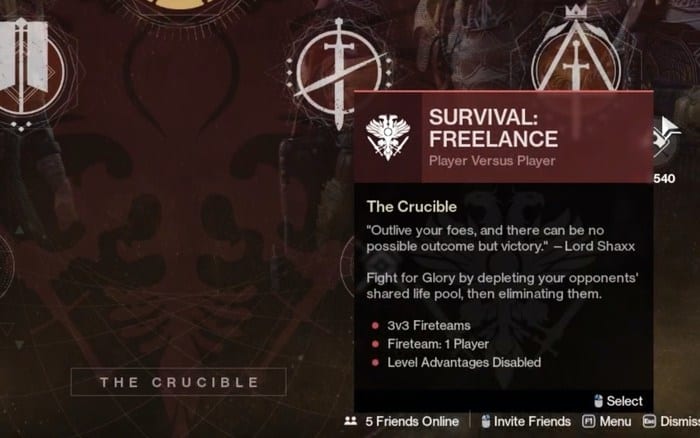 A playlist that drastically improved the life of solo players

And I would argue Survival is even better as it offers a “solo” playlist called Survival: Freelance where you can be sure you will only match against other solo players (and therefore avoid stacked teams). Unless you already have a Fireteam or are willing to find a good one on Discord, stay away from the vanilla Survival playlist.

Finally, if you’re ready to take PVP seriously, this post covers the Pro settings and hardware used by the top PVP (and PVE) Destiny 2 players out there.

Hopefully, you are now more enticed to give it a shot. But how does it work?

How the Glory system works in Destiny 2

Glory can only be earned in the Survival Competitive mode, either the Freelance (for solo players) playlist or the “normal” (for fireteams) playlist.

The table below is a good summary of how many total points you need to earn for each Glory rank and also tells you:

The information from this table comes from the excellent spreadsheet from Reddit user xxCH3M1STxx.

Also, the Survival playlists are not Power-enabled, meaning your Power Level does not matter.

On that note, grinding XP to increase your Artifact’s Power Level is always pointless in PVP in general as only the base Power Level counts for Trials of Osiris and Iron Banner. You’ll be better off grinding Lost Sectors for better Exotics.

The removal of SBMM remains a heated topic within the community. I’m genuinely curious to know how it changed your PVP experience in Destiny 2.

Is it better? Worst? The same? Let me know in the comments below!