2021 Destiny 2 Roadmap: The Witch Queen and beyond

Bungie’s weekly TWABs (their “This Week at Bungie” blog posts) are always a great read, but their yearly game updates cannot be missed, not if you’re a true Destiny 2 fan.

And this year’s State of the game was particularly good. It promises long-awaited improvements and suggests that Destiny 2’s best days are still ahead. It also addressed some of the more pressing concerns from the community. You can read the entire thing here.

But as always, it’s hard to keep track of all the new features, promised changes and remember when is coming what. Hopefully, this visual version of Destiny 2’s roadmap will help you:

Season of the Splicer

Return of Vault of Glass raid

In Season 14, the Vault of Glass will return. […] While the high-level experience remains the same, you should expect the raid team to have a few tricks up their sleeves when you tackle the depths of Venus this summer.

Vault of Glass will also launch with both a Contest mode in the first 24 hours and a World First race. Since this is a reprised raid, we’re going to do World First a bit different. Players looking to claim the belt will not only have to complete the raid, but also a curated list of challenging Triumphs.

In Destiny 2 we will call this transmog system “Armor Synthesis”.

Every season Ada will offer players a set of bounties that highlight various activity types. Players can complete these quests and receive the materials they need to power up Ada’s Loom, which can turn any piece of armor in your collection into a permanent universal ornament.

Players short on time will also be able to purchase Synthesis tokens for Silver. 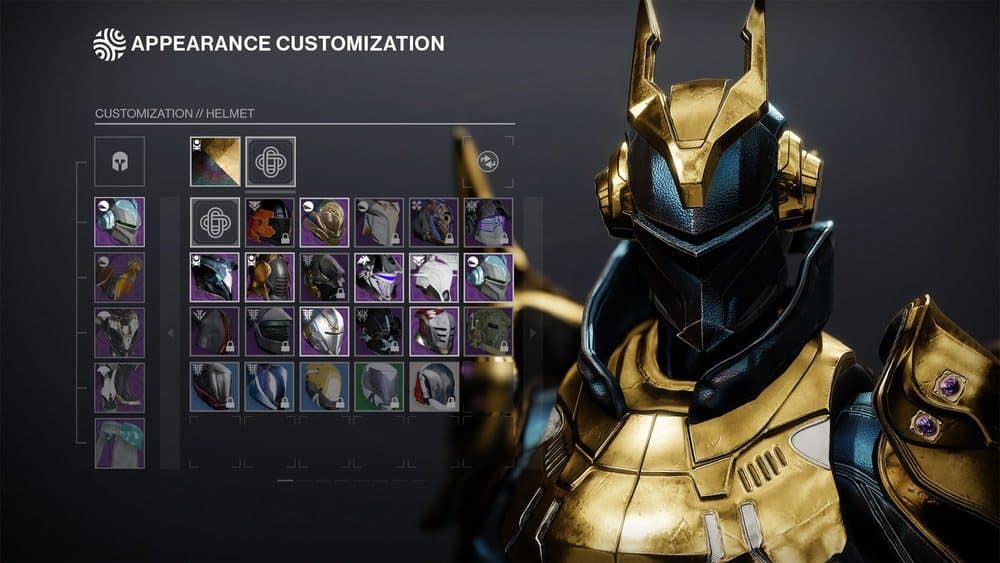 ► You can read all about Transmog here.

Changes to the Leveling system

Starting in Season 14, we will only be raising the Power cap by 10 for each non-expansion season. This means if you reach the maximum Power in Season 13, when next season rolls around you will be directly in the 10-point Pinnacle band of the Power pursuit.

This Power increase should feel familiar to anyone who played Season of Dawn last year, and we’re excited to see how this progression feels alongside our new systems.

► Learn all there is to know about leveling in Destiny 2 with our Power Leveling and XP farming guides.

The return of Ikora Rey

Some of you have noticed that Ikora Rey has not been nearly as present recently in Destiny 2. We’ve missed her as well. Not only will you see Ikora again in Season 14, she will be playing a pivotal role in The Witch Queen.

► Don’t miss our updated Beginner’s guide for an overview of all the fundamentals.

Before the end of the year we are also looking to add a Master version of Vault of Glass. […] We’d like all our future RAD (raid and dungeon) content to offer Master difficulty versions, where players can earn Adept raid and dungeon gear, and while we aren’t able to commit to a Season 14 timeframe for Master VoG, we do want to take the time to develop a sustainable structure that allows us to ship these closer together in future releases.

► Currently the most difficult activity in the entire game, you’ll want the highest Power Level possible and an excellent build (prepare to grind Lost Sectors for the perfect Exotic).

We’ve made the decision that any weapon or armor that can currently be infused to max Power will continue to be able to reach max Power permanently.

Starting in Season 14 we won’t be capping the infusion on any weapons or armor that have not already reached the cap as of the start of Season 13. This means you’ll be able to take your Trustee, your Falling Guillotine, and all the high-stat armor you’ve earned this year to take on the raid in The Witch Queen.

► You can read all about Weapon sunsetting here.

We had originally planned to ship these changes in Season 15 alongside a larger subclass balance patch, but we’ve decided to move several of the Stasis gameplay changes up to Hotfix 3.2.0.3, which is planned to go live on June 3rd. We’re still hard at work on additional ability changes that will launch in Seasons 15 and 16, but we wanted to get these Stasis changes into players hands sooner rather than later. Without further ado, here are the changes:

► Whisper of Rime Fragment: No longer provides overshield while in Super.

Between Shiver Strike and Cryoclasm, the Behemoth has incredibly high mobility, making targeting the Behemoth frustrating for controller players in particular. We’ve taken steps to make the Behemoth more targetable while moving, which should hopefully alleviate some of this frustration.

► Howl of the Storm

In Trials of Osiris matches, it has the fifth-highest win rate of any subclass tree, but is used by a whopping 36% of Trials players. This high usage means players fall victim to its abilities more often, multiplying the frustration of being slowed by Withering Blade and Winter’s Shroud. We hope that the changes we’ve made to being slowed, paired with the adjustments to the Revenant’s abilities, make this experience better.

While the Shadebinder may not be the most powerful in competitive play, being frozen by its abilities takes a large emotional toll on the victim. We’ve adjusted Penumbral Blast to require more accuracy vs. players in order to turn this ability into more of a skill shot given its powerful effects.

In Season 14, phase two of gilding titles will roll out. When players gild a title, it will now also display how many times that title has been gilded in the past.

You’ll also find that you can apply shaders here individually or on all pieces of your equipped gear with one click. To make it even easier to try out a bunch of new looks in Season 14 we’ve also changed shaders to be permanent unlocks, meaning you no longer will need to hold onto stacks of shaders in your inventory.

Crossplay is coming to the masses in Season 15. We’ll be doing some internal rollouts and alpha tests in Season 14 to prepare for a widespread launch this fall.

With Crossplay, you’ll be able to play with all your friends no matter what platform you call home. And don’t worry, we won’t be matching console and PC players together in the Crucible unless PC players specifically invite their console friends to play with them in the PC Crucible pools.

► You can read all about Cross-Platform support here.

In Beyond Light, we introduced Stasis subclasses. Like Solar, Arc, and Void, Stasis will continue to evolve into a fully supported damage type. In Season 15, we will introduce our first round of Legendary Stasis Energy and Power weapons.

In Season 15 we will be addressing “three-peeking” in Trials and Competitive. In these modes, emotes will be disabled and players will be unable to pull out any third person weapon that doesn’t have ammo.

Third person experiences are part of what make Destiny’s gameplay feel so good, but it was clear in our most competitive arenas that these mechanics were being used in ways we did not intend. This is a tricky problem to solve in Destiny’s complicated sandbox, but we think this is a good starting point.

► Ready to take PVP seriously? This guide covers the Pro settings and hardware the top PVP players use.

Buffs to Light subclasses in PVP

In Season 15, we will also focus on Light subclasses and release a set of targeted buffs to our most underutilized specializations.

The goal of all these changes is to keep Stasis feeling great in PVE and to bring its representation in PVP more in line with our Light-based abilities.

In addition, at Season 15 we will also be looking to adjust overall ability usage rates to make sure guns and gunplay are always key to success in the Crucible.

After Season 15, things become a little more nebulous because we’re still early in development. We’ll be looking at ability regeneration rates and redesigning how the ability-energy economy works across the game. Our goal here is to keep the PvE experience largely similar to the state of the game today but reduce how often abilities are used in the Crucible. After that, we’ll be taking a long hard look at the Void, Solar, and Arc subclasses to re-examine each subclass path and how they fit into the combat sandbox.

► This should improve PVP in general, especially the skill-based Glory playlists.

We specifically want to target a few things:

► Improve the overall health of the Trials matchmaking pool, both by incentivizing a wider audience to engage, and better defining separation of skill tiers.

► Investigate opportunities for solo players to participate in Trials regularly. We believe this will not only make the matchmaking pools healthier, but also will also encourage more players to see what Trials is all about.

We’re always working to maintain security as new exploits emerge, and as always, we don’t want to talk about a lot of those improvements for fear of empowering the bad guys. A few areas we can talk about are:

► We’re aiming to nearly double the size of the Bungie game security team this year, reflecting our long-term commitment to fair play.

►We’ve begun regular surveys to better understand your experiences with cheating and to measure our progress. This new data enriches our existing streams from player reports and game instrumentation.

► We’ve begun a strategy of aggressive legal action against cheat developers. […] We will continue to pursue those who undermine fair play using every tool at our disposal, both in partnerships with other studios and under our own flag.

Some of you have noticed that Ikora Rey has not been nearly as present recently in Destiny 2. We’ve missed her as well. Not only will you see Ikora again in Season 14, she will be playing a pivotal role in The Witch Queen.

This unofficial “Roadmap” will continue to be updated as we learn more from Bungie. Did I miss anything important? Let me know in the comments.