Every new Expansion comes with a new XP grind, be it to earn your Season Pass rewards or upgrade the seasonal Artifact.

For the longest time, XP farming in Destiny 2 was too reliant on grinding bounties. But after months of complaining (who doesn’t hate bounties?), Bungie relented and replaced some of them with Seasonal challenges.

This guide covers how XP works and why it matters, lists every XP source in the game, including bounties and challenges, and comes up with the most efficient XP farming methods.

Guide updated as of The Witch Queen’s release (S16).

If you’re looking to efficiently earn XP, you don’t really have a choice but to grab the best bounties, combine them with the new Seasonal Challenges and work on them simultaneously:

Notice you can filter this list by Destination, cost, Expansion requirements, and more.

Why XP is important in Destiny 2

In Destiny 2, XP is needed for only 2 things:

This part is simple. Getting the XP is another story, though.

Destiny 2’s Season Pass works in the same way as in any other online shooter. The pass has 2 different tracks, a free track and a track reserved for Season Pass owners only, and each track has 100 levels to unlock. 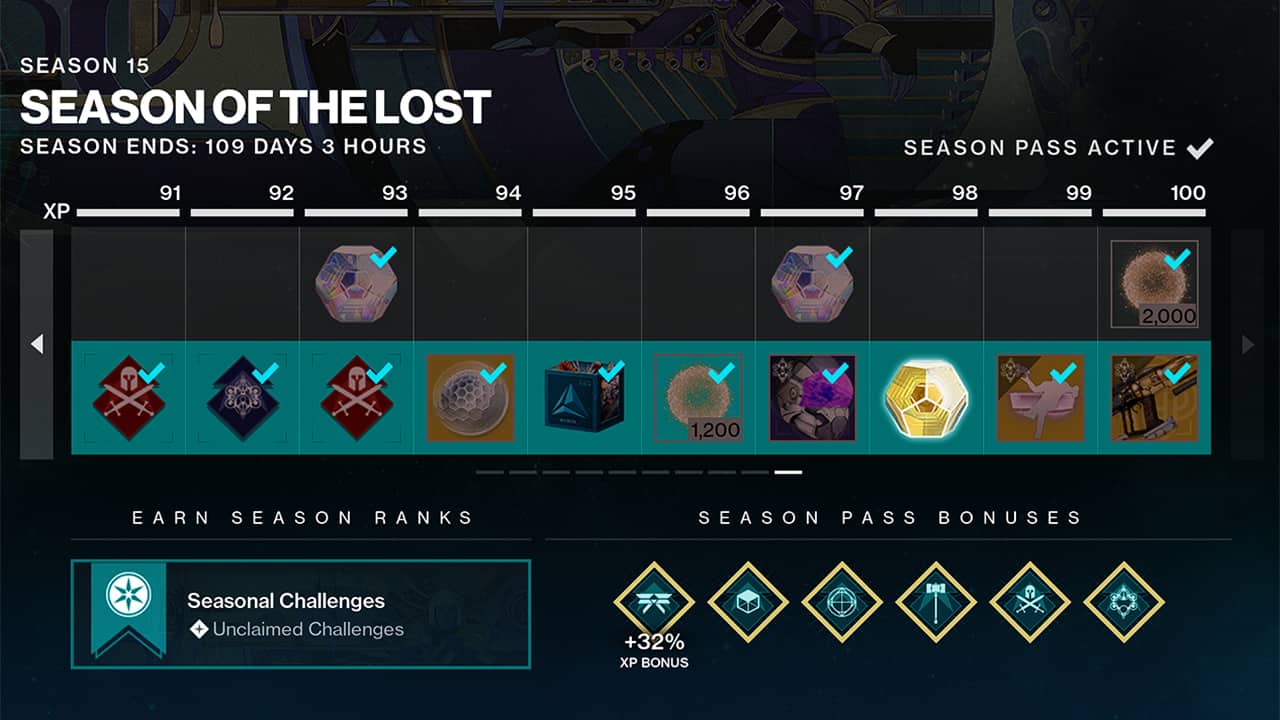 The premium track obviously offers more rewards but it’s important to know this: the best rewards are part of the Free track. This includes the new Exotic weapon, Legendary weapons, Exotic cipher, and more.

Even if you don’t purchase the Season Pass, you still want to grind XP and get all the rewards the Free track has to offer. They are well worth it.

The seasonal Artifact plays an important role in Destiny 2. Not only does it grant extra Power Levels, but it also includes several Seasonal Mods.

The extra Power Levels are useful for high-end content and will help you along with your Max Power Level grind. The Seasonal Mods, on the other hand, are mandatory. These include the Anti-barrier, Overload, and Unstoppable mods needed to deal with Champions, on top of extremely powerful mods. 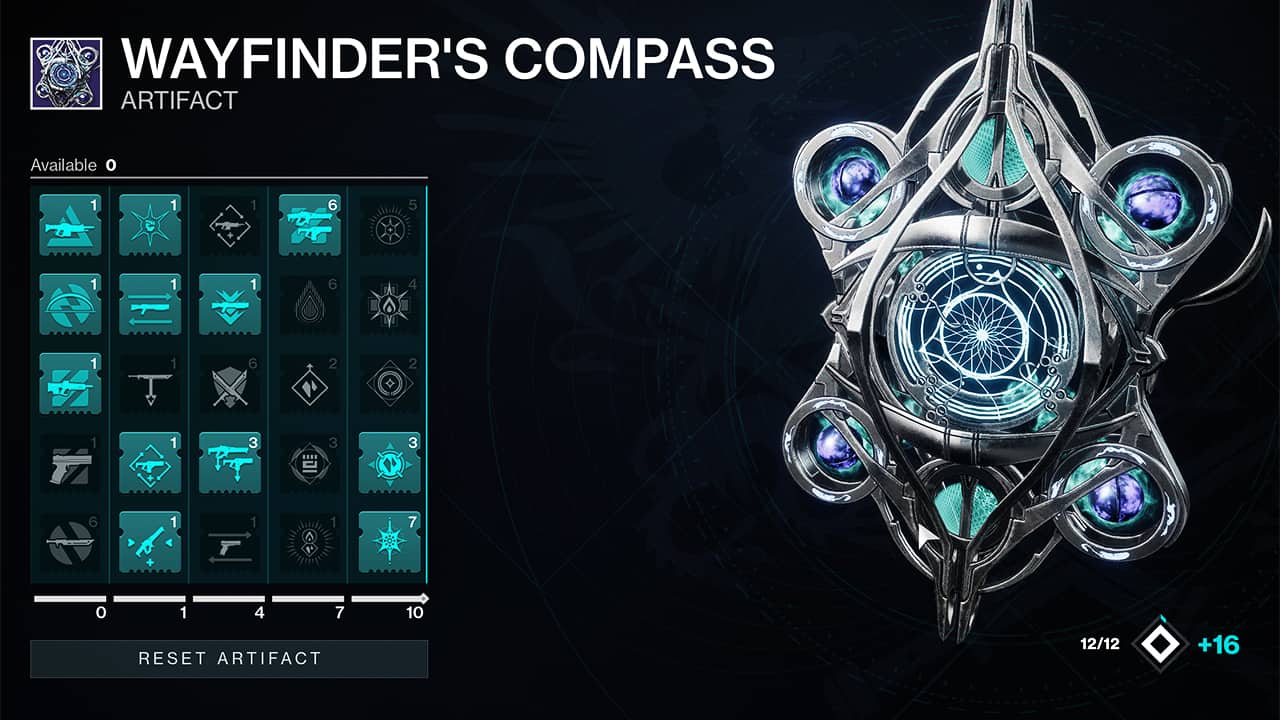 Needless to say, XP plays an essential part in preparing you for the most difficult end-game content in the game, including solo Master Lost Sectors. Plus, the exotics and legendary weapons are always good to have.

How to farm XP in Destiny 2

Farming XP as fast as possible used to require grinding XP on all three characters! This is still somewhat true, but with the introduction of Seasonal Challenges, players with only one character can earn XP much faster than before.

Now that we have a good understanding of what bounties give the more XP, it’s time to combine them with the Seasonal Challenges and get them done as quickly as possible.

This guide will focus on how to maximize XP farming without having to mindlessly run Lost Sectors but also earn Powerful/Pinnacle gear and Bright Dust in the process! 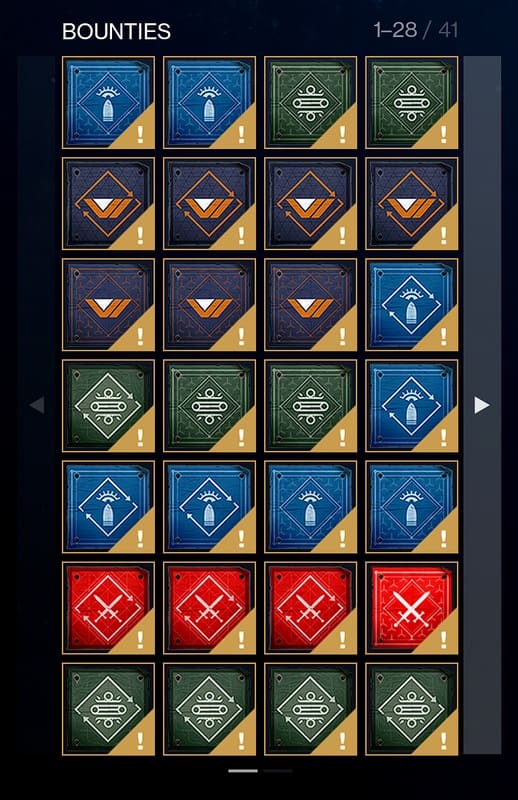 These are the best practices and principles you should always follow to maximize XP:

Always have a Ghost with a Blinding Light Mod

With the new Ghost 2.0 system in Beyond Light, you can now choose your own mods and prioritize your Ghost’s bonuses based on your activities. Without going too much into the details, all you need to know is that you want the biggest Blinding Light Mod possible. With the Blinding Light mod that costs 6 Energy, you can get a +12% bonus XP! 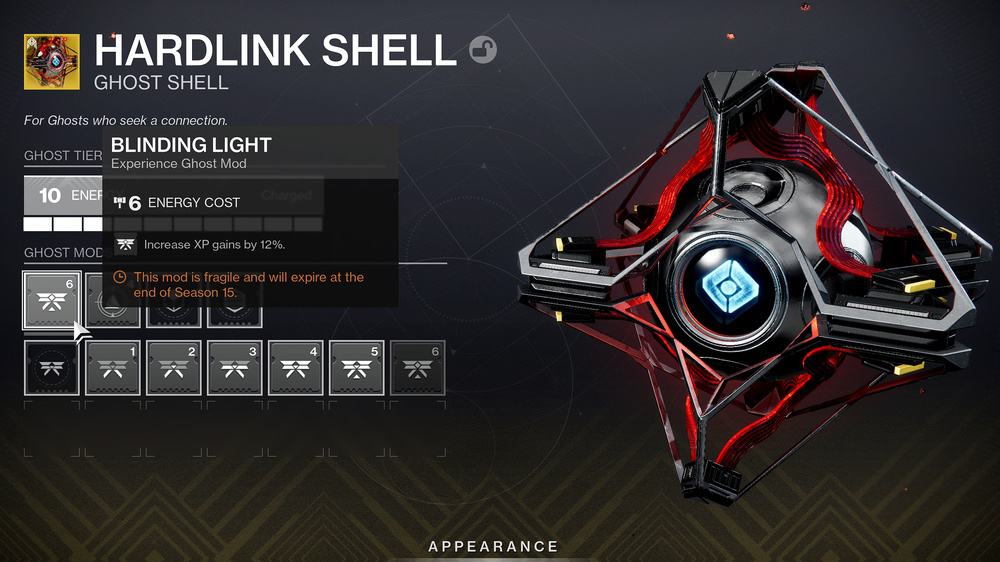 Trust me, that bonus will count in the long run…

Turn in your bounties only when in a Fireteam

The Season Pass grants bonus XP called Shared Wisdom when you’re part of a Fireteam. Therefore, you ideally want to always be in a Fireteam when turning in bounties.

These bonuses are part of the Premium track of the Season Pass.

If you’re a solo player, you can do what I often do:

This is somewhat tedious so I only do it at the end of a very long session when my inventory is full of completed bounties to turn it.

Use the official Destiny 2 Companion app

The Destiny 2 companion app on iOS and Android has always been good. It features an Inventory manager, group finder, and more. But it recently received a huge quality of live improvement: the ability to pick up bounties from the app instead of having to visit every vendor in the game one by one!

If you’re serious about grinding bounties, this app is a must-have. 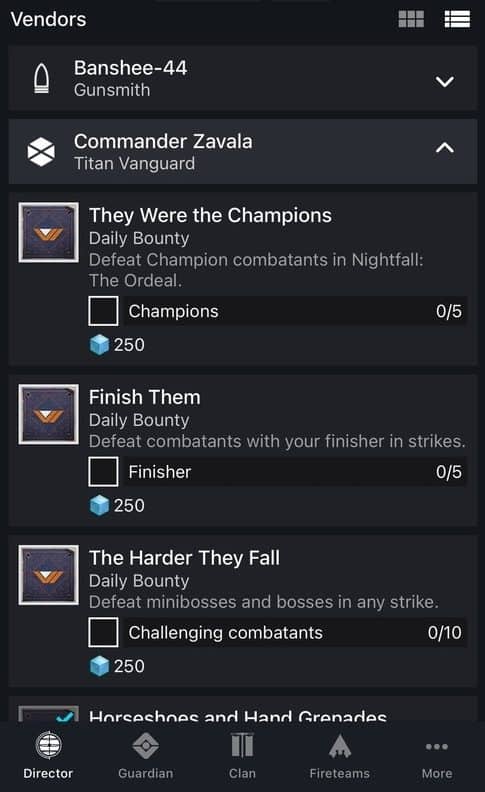 The Season Pass grants a +20% XP bonus at Rank 1 (i.e. immediately at the start of the Season). This percentage steadily increases as you earn more Seasonal Ranks, making it a huge XP bonus.

These bonuses are part of the Premium track of the Season Pass.

Stay away from repeatable bounties

Repeatable bounties can help speed the process but they are very expensive and sometimes longer to complete than the average daily bounty. But I prefer to switch activities once all the dailies are done.

For example, after completing all of Europa’s bounties, I head over to the Cosmodrome, then the Moon, then focus on Crucible bounties, etc.

Now you know everything there is to know about maximizing your XP farming in Destiny 2.

Did I miss any other important tips? Come over to our Discord server and let me know!

Things change fast in Destiny 2, especially when a new Season or Expansion launches. For that reason, this post will be updated at least once per season. Last season, in particular, Bungie made a significant change to XP grinding with the introduction of Seasonal Challenges.

With the release of The Witch Queen (S16), the following bounties were added:

The following bounties were removed: