While our unofficial Destiny 2 Roadmap covers all the major changes (that we know about) coming to Destiny 2 up until the Final Shape in 2024, this post focuses on absolutely everything we know about Destiny 2’s new season: Season 18.

The new season of Destiny 2 (Season 18) will be released on August 23, 2022, and should last roughly 13 weeks based on the most recent seasons. Season 18 will become available to play at 10:00 PST, the usual reset time. Ba

You may have heard about Bungie’s new habit of not revealing anything until the last minute. Unfortunately, this is still the case and the developer has already warned us that no significant reveals will occur before the next Destiny 2 Showcase, scheduled for August 23, 2022.

August 23, 2022, also happens to be the first day of Season 18, which means that most reveals will literally occur on the last possible day.

In spite of Bungie’s decision to keep most things under wraps, these are the biggest features we do know something about, all scheduled to release with Season 18.

⚠️ This post will stay away from reported leaks, especially now that 99% of leaks turn out to be entirely fake.

Bungie has confirmed that in Year 5, there will be either a new dungeon or a new/reprised raid each Season.

We already know Season 18 will feature a “classic” raid, which means that another Destiny 1 raid should make its return. From Bungie’s 2021 Livestream:

We’re also going to be remastering another classic Destiny 1 raid and releasing it free for all players. Raids being the ultimate Destiny 2 experience, we’re glad to get up to two new raids each year!

Bungie promised that all three Light Subclasses will be getting the 3.0 overhaul in Year 5. One Subclass per season, in consecutive seasons. Season 18 will feature Arc 3.0.

In Season 18, Bungie will continue its efforts to reinvigorate the PvP side of the game with the remastering of a Destiny 1 map! As also announced by Joe Blackburn, Destiny 2’s Game Director:

We will be remastering a Destiny 1 map and bringing it to Destiny 2 for the first time in season 18.

Season 18 will mark the return of SBMM or Skill-based Matchmaking. You can read more about it here.

In an effort to keep the community informed and hype the new season, Bungie used to release great-looking season roadmaps. They, unfortunately, stopped a few seasons ago, leaving a hole that we are trying to fill.

Our roadmap for Season 18 won’t be ready until the big August 23 reveal, but this is roughly what you can expect: 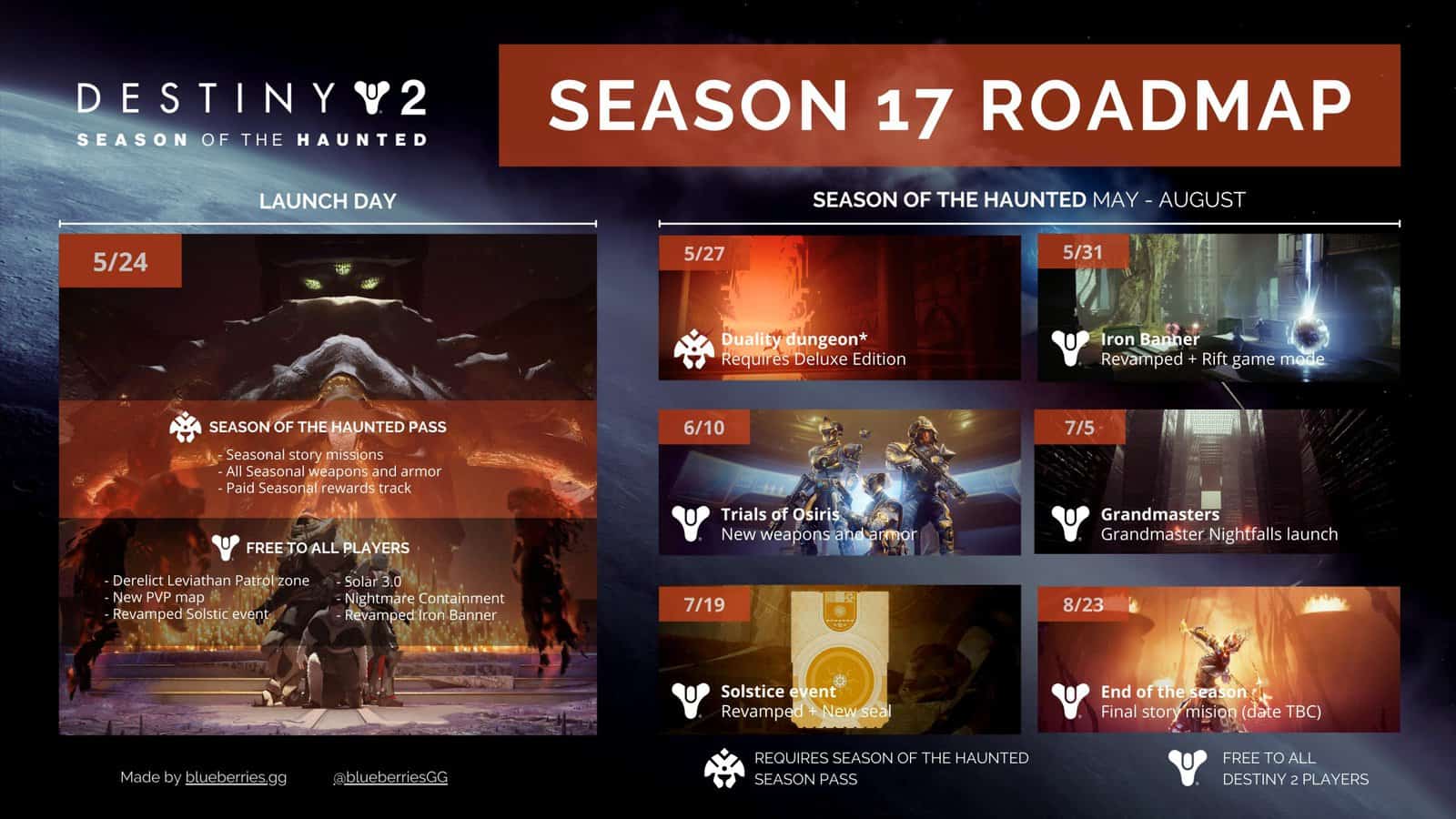 Are we missing something big already confirmed for Season 18? Let us know in the comments!